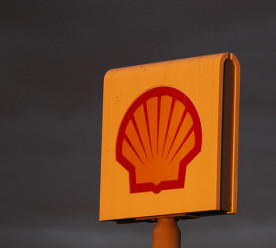 UK asset manager Sarasin & Partners has sold more than 20 percent of its shares in Royal Dutch Shell and put the rest of its stake under review, saying the energy group is falling short of the Paris climate goals. Sarasin, which invests on behalf of charities, private clients and institutions, said it had sold about 1.3 million shares, worth around £33.8 million, linked to its “Climate Active” and “Thematic Global Equities” strategies, which take into account climate risk. In a letter sent to Shell’s chairman Chad Holliday, and seen by the Financial Times, Sarasin said the company’s plans to use shareholder funds to invest in fossil fuels and grow production were not aligned with global ambitions to limit temperature rises. Sarasin was among the investors that put pressure on Shell to adopt a short-term carbon dioxide target and an ambition to reduce its carbon footprint by 50 percent by 2050, including its own emissions and those from the use of its products. (Financial Times)*

China’s efforts to reduce chronic air pollution could increase its ability to generate solar power by up to 13 percent by allowing more sunlight to reach the earth, according to a new study. China’s solar power potential fell by an average of up to 15 percent between 1960 and 2015 as a result of pollution, climate researchers from Switzerland, the Netherlands and China said in the report published by the Nature Energy journal. Reverting back to 1960s radiation levels could increase power generation by 12-13 percent boosting Beijing’s efforts to increase the contribution of solar to the national grid and bring down costs. China has been working to curb choking levels of pollution by cutting coal use, improving fuel standards and encouraging cleaner forms of industry and energy. Hazardous airborne particles known as PM2.5 fell by 42 percent in 74 major cities from 2013 to 2018. The country’s total installed solar capacity stood at 170 gigawatts at the end of 2018, about 9 percent of total generating capacity. (Reuters)

Indonesia says it will immediately send eight containers holding 210 tonnes of household rubbish back to Australia after inspectors declared the material too contaminated to be recycled. It is the latest in a series of announcements by south-east Asian nations that they will not be dumping grounds for overseas waste. Indonesian customs officials said the containers of paper from Australia were contaminated by electronic waste, used cans, plastic bottles, old bottles of engine oil and loose shoes. Some of this was deemed to be toxic and hazardous material. Opening the containers up for the press on Tuesday morning, gloved customs officials held up examples of the offending material, including used nappies and soft drink cans. Speaking at Tanjung Perak port in Surabaya, customs officials said eight containers of waste would be returned. The customs office said it was obliged to protect Indonesia and its environment from imports of hazardous waste and had coordinated with related government ministries, including trade and environment. (The Guardian)

More than 500 suspected slaves locked up by Britain last year

More than 500 suspected slavery victims were held in immigration detention centres by British authorities last year, according to a report by data project, After Exploitation. People who are recognised as likely victims of modern slavery are entitled to a package of support including housing, counselling and some living costs while their case is assessed under Britain’s National Referral Mechanism (NRM) scheme. However, victims of trafficking do not have any automatic entitlement to remain in Britain and they can be detained in some circumstances to carry out their removal. A total of 507 people were recognised as probable slavery victims under the NRM either before they were first detained or while being held in 2018. The report data showed officials had either allowed known potential victims to be detained or had failed to recognise the signs of trafficking. The report calls for anyone who was referred to the NRM to be automatically released from detention. (Thomson Reuters Foundation)