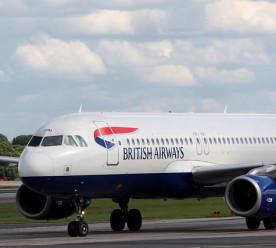 Ex-Unilever chief executive Paul Polman has launched a new global initiative, called Imagine, aimed at combatting poverty and climate change as part of efforts to achieve the Sustainable Development Goals (SDGs). Polman has co-founded the initiative alongside Valerie Keller, former executive director at EY and Jeff Seabright, Unilever’s chief sustainability officer. Imagine will work with corporates to help mobilise action to meet the SDGs. There is a well-known action gap between corporate aspirations and projects aligned to the Global Goals, despite 13 of the world’s biggest corporates collectively generating $233 billion of revenue by strategising in line with the goals. Polman will invest an undisclosed amount of his own personal wealth into the venture. “The imperative to eradicate poverty and inequality and stem runaway climate change has never been more acute,” Polman wrote in an email, as seen by Bloomberg. “What’s more, we still miss the collective sense of urgency to move at scale and speed.” (Edie)*

British Airways-owner IAG is facing a record £138 million fine under tough new data-protection rules policed by the UK’s Information Commissioner’s Office (ICO) for the theft of data from 500,000 customers from its website last year. The ICO proposed the penalty of 1.5 percent of British Airways’ (BA) 2017 worldwide turnover, for the hack, which it said exposed poor security arrangements at the airline. The ICO said it was the biggest penalty it had handed out and the first to be made public under new rules. BA indicated that it planned to appeal against the fine, the product of European data protection rules, called GDPR, that came into force in 2018. They allow regulators to fine companies up to 4 percent of their global turnover for data-protection failures. The attack involved traffic to the British Airways website being diverted to a fraudulent site, where customer details such as log in, payment card and travel booking details as well as names and addresses were harvested, the ICO said. (Reuters; BBC)

Planting billions of trees across the world is the biggest and cheapest way to tackle the climate crisis, according to new research published in one of the world’s top academic journals, Science magazine. The study estimates that a worldwide planting programme could remove two-thirds of all the emissions that have been pumped into the atmosphere by human activities, a figure the scientists describe as “mind-blowing”. The analysis found there are 1.7 billion hectares of treeless land on which 1.2 trillion native tree saplings would naturally grow. Tropical areas could have 100 percent tree cover, while others would be more sparsely covered, meaning that on average about half the area would be under tree canopy. The scientists specifically excluded all fields used to grow crops and urban areas from their analysis. Christiana Figueres, former UN climate chief, said: “Finally we have an authoritative assessment of how much land we can and should cover with trees without impinging on food production or living areas. This is hugely important blueprint for governments and private sector.” (The Guardian)

A report by the Institute of Physics, Royal Astronomical Society and Royal Society of Chemistry, has found that 28 percent of LGBT+ people working in the physical sciences have considered leaving their jobs due to discrimination. This number increases to nearly half for the transgender workforce. The research examined conditions for LGBT+ people working in physics, chemistry and astronomy. About 60 percent said their workplaces had policies intended to support LGBT+ staff, but 17 percent found these policies were deficient or discriminatory. This was often because policies seemed to support members of staff who were “out” in the workplace. Studies suggest over half of the LGBT+ workforce are not “out” at work over fears of discrimination. The survey included responses from a cohort of 637 staff working in physical sciences careers. The report’s authors point out that they specifically targeted those who were LGBT+ or allies. The results are not representative of the whole physical sciences community but “provide clear insight into of the experiences of LGBT+ people within physical sciences environments,” according to the authors. (BBC)

Big Six UK energy firms Centrica and SSE have joined the EV100 initiative alongside facilities services giant Mitie, with all three becoming the latest corporates to commit to tranistioning their entire vehicle fleet to electric vehicles (EVs) by 2030. The commitment is a major coup for EV100, which is run by environmental NGOs The Climate Group and CDP, as the three companies represent some of the UK’s biggest buyers of commercial vehicles, together encompassing 21,000 vehicles. At 12,500 vehicles, British Gas-owner Centrica operates the third largest commercial fleet in the country, according to The Climate Group, while SSE has the seventh largest and Mitie the 11th largest. SSE has committed to switching its fleet of 3,500 vehicles to electric by 2030, as well as EV chargepoints for its staff. Mitie has promised to switch its 5,300 vehicles to electric by 2030 “subject to the availability and affordability of the right vehicles and adequate public charging infrastructure”, as well as supporting its clients in shifting towards EVs. (Business Green)