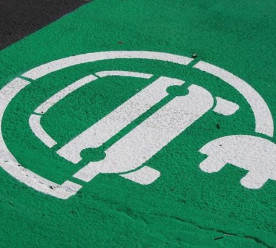 Jaguar Land Rover (JLR) is due to invest hundreds of millions of pounds into its UK factories to manufacture electric vehicles (EV) in the future. The firm plans to retrofit its Caste Bromwich factory with technology to produce EVs, creating an all-electric, battery powered versions of its vehicles. JLR was one of the first firms to make bold EV commitments, stating in 2017 that it would only make electric or hybrid vehicles by 2020. This news comes at a time when a report by Delta-EE showed the UK is lagging behind mainland Europe on EV infrastructure. Only one-fifth of UK-based EV drivers have access to the fastest rate of home charging of 22kW or higher, compared with nearly 75 percent of German users. Findings also showed the UK has the lowest proportion of EV drivers using regular plug sockets to charge their cars at 22 percent, and the highest proportion using dedicated EV charging points for home charging – 73 percent. (Edie; Edie)

UK bookmaker William Hill has said it plans to close about 700 betting shops as a result of the UK government’s decision in April to reduce the maximum stake on fixed-odds betting terminals (FOBTs). The government reduced the maximum stake on FOBTs, gaming machines which allow people to bet on simulated games, because of widespread concern that players were able to lose large amounts of money in a short space of time. The firm has said that since the regulation change, reducing the maximum bet on FOBTs from £100 to £2, it had seen “a significant fall” in gaming machine revenues. William Hill, which has 2,300 shops and 12,500 employees, said the closures of 700 shops could begin before the end of the year and will put 4,500 jobs at risk. A spokesperson from the Department for Digital, Culture, Media and Sport said “the gambling industry has had over a year to make preparations for this change, including to mitigate job losses.” (BBC)

Governments and firms in 28 countries sued over climate crisis – report

More than 1,300 legal actions over global heating have been brought since 1990, spreading across 28 countries, according to research by the Grantham Institute and the London School of Economics. While the US – with 1,023 cases – remains the leader in climate litigation, other countries are increasingly seeing individuals, charities and states take action. In the two and a half years since Donald Trump became US president, lawsuits have sought to prevent his attempts to undo environmental regulations. An analysis of 154 cases in the report shows that no such reversal of climate regulation brought before the courts has yet survived a legal challenge. Countries where legal cases have been taken include Australia, where 94 cases were launched, the UK (53), Brazil (five), Spain (13), New Zealand (17) and Germany (five). The report states that the increase in cases, heightened legal action by NGOs, the expansion of climate change suits into other areas of law, and improvements in climate science suggest “the use of climate change litigation as a tool to effect policy change is likely to continue.” (The Guardian)

Authorities in southern India have started inspecting garment factories and spinning mills after a Thomson Reuters Foundation investigation found workers were being given unlabelled pills for period pains to meet productivity targets. Teams of factory inspectors and health officials will check medicine stocks, toilet facilities and the availability of a qualified nurse to administer drugs in factories across Tamil Nadu state, labour department officials said. More than half of the 100 women interviewed over a year said they suffered health problems ranging from depression and anxiety, to urinary tract infections, fibroids and miscarriages. About 40,000 garment factories and spinning mills across Tamil Nadu employ more than 300,000 female workers, according to data from the government, which does not consider thousands of informal workers in the sector. Labour rights campaigners have raised concerns that women workers’ lives are being tightly controlled to keep production lines running as India’s garment sector faces ever greater demands. (Thomson Reuters Foundation)

India has declared it needs $330 billion in investments over the next decade to power its renewable energy goals, but coal would remain central to its electricity generation. The country wants to raise its renewable energy capacity to 500 Gigawatts (GW), or 40 percent of total capacity, by 2030. Renewables currently account for 22 percent of India’s total installed capacity of about 357 GW. The investment estimate reflects the magnitude of financial challenges facing one of the world’s most important growth markets for renewable energy, with government data indicating a growth slowdown in private and capital investments in the year ended March 2019. India, which receives twice as much sunshine as European countries, wants to make solar a cornerstone of its renewable expansion, but also wants to make use of its cheap and abundant coal reserves, the fifth-largest in the world. India, one of the world’s largest coal producers and greenhouse gas emitters, estimates coal to be its energy mainstay for at least the next three decades. (Reuters)