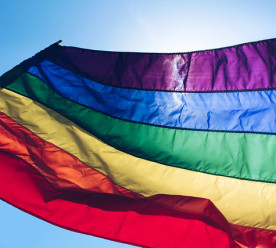 LGBT+ people in Britain on average earn almost £7,000 less than those who are heterosexual each year, a shortfall that dwarfs the country’s gender pay gap, according to a new workplace study. According to research by YouGov commissioned by networking site LinkedIn and LGBT+ organisation UK Black Pride, gay, bisexual and transgender employees earn 16 percent less on average than their heterosexual peers, which equates to £6,703 a year. More than a quarter of the LGBT+ respondents said they hid their sexuality or gender identity at work, which could be holding them back professionally, said Joshua Graff, who manages LinkedIn in Britain. Almost two-thirds of LGBT+ respondents said they had been made to feel uncomfortable due to their sexuality or gender identity, according to the study. Britain’s gender pay gap sits at 8.6 percent for full-time employees, according to the most recent government data, in comparison to the 16 percent gap suffered by LGBT+ workers. (Irish Times)

Samsung Electronics is facing charges in French courts after activists accused the global tech giant of violating its own corporate ethics pledges by employing under-age labourers and having dangerous working conditions at its Asian factories. The French subsidiary of the South Korean company is being accused of deceptive marketing after two non-governmental labour organisations claimed Samsung’s working conditions in Asia did not align with its ethical policies proclaimed online. Samsung’s website carries a commitment to apply a strict global code of conduct and to practice ethical management — pledges activists said the company had not upheld in their complaint. The activists alleged that children under the age of 16 are working at Samsung plants in China, Vietnam and South Korea. They also accused Samsung of abusive working hours and harsh labour conditions that failed to meet basic conditions of human dignity. Samsung disputed the complaint’s validity, although it declined to comment further on the “ongoing proceeding”. (Financial Times)*

Obesity ’causes more cases of some cancers than smoking’

According to research by Cancer Research UK (CRUK), kidney, ovarian and liver cancers are more likely to have been caused by being overweight than by smoking tobacco. The findings say millions are at risk of cancer because of their weight and that obese people outnumber smokers two to one. The charity says that it does not suggest that smoking and obesity are directly comparable in terms of cancer risk but that both increase a person’s risk. Smoking remains the UK’s leading preventable cause of cancer overall, and obesity ranks second. However, for the four highlighted cancers (bowel, kidney, liver, ovarian), being obese is a greater cause than smoking. While smoking rates are decreasing, obesity is increasing, which health experts agree is concerning. Just over one in four UK adults are obese. Their warning comes as Conservative leadership contender Boris Johnson vowed to not extend the sugar tax without a review, suggesting instead that public health “encourages people to walk, cycle and generally do more exercise”. (BBC)

The UK liquefied petroleum gas (LPG) industry has unveiled a new industry-wide target to transition to 100 percent biofuel by 2040. The target was announced by the industry’s leading trade body, Liquid Gas UK, to indicate how the liquid gas industry can support the UK’s wider transition to a net zero economy. Publishing its vision for 2040, the trade organisation said the change comes at a time of a “ramp up” of the political and economic landscape on the issues of energy and climate change. According to Liquid Gas UK’s figures, LPG emits 33 percent fewer carbon emissions than coal and 12 percent fewer than oil, which has led the body to call it a “key transition fuel in the short term.” Further decarbonisation efforts by Liquid Gas UK include bioLPG – also known as biopropane – which is already available on the market and offers up to 90 percent in carbon emissions compared to existing LPG. (Environmental Journal)

The National Trust is to cease any investment in fossil fuel companies within the next three years as part of a new set of measures announced today aimed at aligning its billion-pound investment strategy with its wider conservation aims. Previously the charity has required that none of its investments are held directly in companies which derive more than 10 percent of their turnover from the extraction of thermal coal or oil from oil sands, but fossil fuel investments still make up around four percent of its current £1 billion portfolio. However, now the charity will divest from all fossil fuel companies within the next three years and establish a long-term goal to continue further cutting the carbon footprint of its investment portfolio. By 2022 the charity is also aiming to phase out single use plastics from its shops and “substantially reduce” it in its cafes, while it is also investing in onsite renewables, heat pumps, and energy efficiency measures. (Business Green)