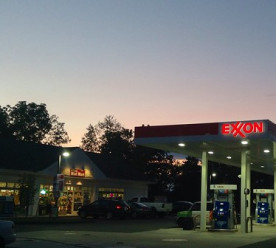 The head of one of America’s biggest pension funds has vowed to continue to pressure US oil and gas corporation, ExxonMobil, on its efforts to combat climate change. Thomas DiNapoli, who is responsible for the $210 billion New York State Common Retirement Fund, argued that if Exxon “want to stay in business long-term they need to change how they’re doing things.” In April the Securities and Exchange Commission, the US regulator, upheld Exxon’s request that a proposition — that it should set targets for cutting greenhouse gas emissions — be kept off the ballot at its annual meeting. The state of New York and the Church of England are backing renewed efforts to persuade Exxon to appoint an independent chairman, which they see as an alternative way to make the company do more about climate change. They plan to oppose the appointment of the company’s board and have urged other shareholders to take “a strong voting stance”, which could include rejecting directors. (Financial Times)*

A US start-up has launched a tool to help investors move their money out of companies headquartered in US states with “extreme anti-abortion laws”, seeking to tap into a growing movement towards shareholder activism. The OpenInvest investment platform said it wanted to drive change and encourage states to reverse their decisions on new abortion restrictions passed by Republican-dominated legislatures in eight US states. The tool screens out large companies headquartered in states including Alabama, Georgia, Arkansas and Ohio, and promotes those in states it says support reproductive rights. OpenInvest allows its clients – which include financial advisors, institutional investors, charities and consumers – to invest in large listed companies in the US. It uses data to assess companies on a range of issues, such as greenhouse gas emissions and LGBT+ rights.  Meanwhile, entertainment platform Netflix has issued a statement that should an anti-abortion law come into effect in Georgia, the company would rethink their investment in the state. (Thomson Reuters Foundation; CNN)

US-based cosmetics giant, Estée Lauder, has launched its first sustainability programme for palm oil supply chains, which will see the company work with Indonesian farmers to champion better social conditions and environmental conservation. The ‘Project Lampung’ scheme is being run in conjunction with the Roundtable on Sustainable Palm Oil, chemical giant BASF, sustainable supply chain NGO Solidaridad, Business Watch Indonesia, and the Indonesian Agency for Agricultural Extension. Under the scheme, farmers in Indonesia’s Lampung region will receive training around the reduced environmental impacts and health benefits of sustainable agricultural practices. They will be taught, and incentivised, to use practices which improve yields, prevent soil degradation and minimise the use of excess water and chemicals. Estée Lauder aims to reach 1,000 smallholder farmers across Lampung through the project by 2021 and hopes the scheme will benefit the wider business community and encourage other corporates to take similar action. (Edie)

British supermarket giant, Waitrose & Partners, will introduce an “invisible” door” to combat the amount of avoidable energy that is lost at entrance doors to retail stores. Research suggests that a widescale rollout could help British retailers save £1.5 billion annually on energy bills. Developed by Wirth Research, the ‘AirDoor’ concept places an archway outside of the frame of the existing entrance that prevents conditioned air from being lost when the door is opened or stays open. Sensors detect airflow in both directions and counteracts it with self-generated wind to create a barrier that stops heated or cooled air inside the store escaping and outside air flowing in. The solution is inspired by Formula One racing technology to guide air towards appliances to heat or cool appropriately. According to the developer’s calculations, the energy loss caused by wind infiltration, weather and door openings range between £5,000-£10,000 for each retail store. (Edie)

Philippines president, Rodrigo Duterte, has ordered a private shipping company to send 69 containers of waste back to Canada and leave the containers within Canada’s territorial waters if it refuses to accept the rubbish. According to Canada, the waste, exported to the Philippines between 2013 and 2014, was a commercial transaction done without the government’s consent. The consignments were labelled as containing plastics to be recycled in the Philippines but were filled with a variety of rubbish including nappies, newspapers and water bottles. Canada had already agreed to take the rubbish back and the two countries were in the process of arranging the transfer. But, Canada missed a 15 May deadline set by Manila to take back the shipment, prompting the Philippines to withdraw top diplomats from Canada last week. Presidential spokesman Salvador Panelo, has argued that “the Philippines as an independent sovereign nation must not be treated as trash by other foreign nations.” (The Guardian)

Image Source: Exxon by Mike Mozart on Flickr. CC BY 2.0