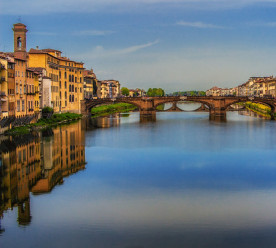 Europe is readying a new fleet of satellites that will monitor CO2 emissions at every point on earth, creating the first worldwide system to independently track polluters. The fleet of three satellites is slated for launch in 2025, in time to inform the UN’s global stocktake of greenhouse gas emissions three years later according to the European Space Agency (ESA). Once in orbit, the satellites will create the first global observation system for the gas most responsible for warming the planet. Currently, much of humanity’s CO2 is measured by proxy, with data supplied by countries on the fuels burned within their borders. These are known as inventories and can give a good approximation, particularly in highly developed countries. However, difficulties arise where governments can’t track and measure their economy in detail, which is the case in a large part of the world. It is hoped the new satellite fleet will overcome these challenges. The three European satellites will join others expected to launch from China, Japan and the US. (Climate Change News)

A majority of Asian consumers feel that companies are morally obligated to positively impact biodiversity, according to the latest survey from the Union for Ethical Bio Trade (UBET). Asian consumers have a higher awareness of biodiversity than consumers in the UK, US or Germany according to the data published in the 2019 UEBT Biodiversity Barometer, an ongoing set of research that has spanned more than a decade and is updated annually. UEBT’s research found a gap in consumer confidence related to a company’s actions: in other words, consumers have higher awareness of biodiversity and think it’s important, but they have lower confidence that companies are protecting biodiversity. Among different kinds of information available on product packaging, respondents in Asia attach most importance to the origin of product ingredients. Additionally, they would like information on the impact on biodiversity (e.g. no deforestation, support for bees, wild flowers, replanting). (Premium Beauty News)

Hundreds of sites in rivers around the world from the Thames to the Tigris are awash with dangerously high levels of antibiotics, the largest global study, led by researchers at the University of York, on the subject has found. The research shows that some of the world’s best-known rivers, including the Thames, are contaminated with antibiotics classified as critically important for the treatment of serious infections. In many cases they were detected at unsafe levels, meaning resistance is much more likely to develop and spread. Samples taken from the Danube in Austria contained seven antibiotics including clarithromycin, used to treat respiratory tract infections such as pneumonia and bronchitis, at nearly four times the level considered safe. The Danube, Europe’s second-largest river, was the continent’s most polluted. Eight percent of the sites tested in Europe were above safe limits. (Guardian)

Despite “notable” global progress towards Sustainable Development Goal (SDG) 7, Clean Energy for All, in recent years, policies, investment and physical infrastructure are still not sufficient to deliver on its 2030 targets. This is according to a new report, Tracking SDG7: The Energy Progress Report, from the International Energy Agency (IEA), the International Renewable Energy Agency (IRENA), United Nations Statistics Division (UNSD), the World Bank and the World Health Organisation (WHO). The report concludes that the current rate of progress – and the policies, investment and infrastructure underpinning it – will not be sufficient if the world is to deliver on the SDGs by their 2030 deadline. It states that efforts to reduce energy intensity have stalled globally since 2016, when it stood at 5.1 megajoules per US dollar worldwide, and that a “substantial further increase” of renewable energy is needed through to 2030. This increase, the report notes, must be managed in a way which accounts for the socio-economic impacts of decarbonising power systems. (edie)

Image source: The Arno in Florence by Ray in Manila on Flickr. CC BY 2.0.