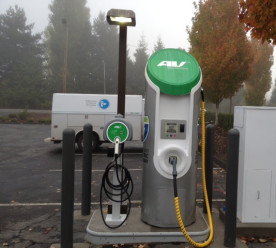 Child labour is an “extreme risk” in one in 10 countries globally, according to research by global risk and strategic consulting firm Verisk Maplecroft. The Child Labour Index, which aims to help businesses identify and root out child labour in international supply chains, found little progress was recorded in key manufacturing hubs in India and China, which ranked 47th and 98th out of 198 countries in the Child Labour Index, with North Korea in first place with the highest risk. A total of 27 countries – which account for more than 10 percent of the world’s population – were found to have an “extreme risk” of child labour, with Somalia, South Sudan, Eritrea and the Central African Republic completing the top five on the index. India and China had a high level of reported incidents and had made “no tangible improvement” on reducing child labour risks since comparable data collections began in 2016. The research urged businesses to be more vigilant about abuses in their global supply chains. (Reuters)

Carmaker Toyota is set to trial a blockchain-enabled peer-to-peer energy trading system, in partnership with researchers at the University of Tokyo and Japanese renewable energy company TRENDE. Under the scheme, businesses, homeowners and tenants with solar panels and battery storage systems will be able to sell excess, self-generated power to one another via a digital exchange market, which adapts prices to match supply and demand conditions. Drivers of plug-in hybrid electric vehicles Vs will also be able to take part, selling and buying power for their vehicle batteries. During all transactions, blockchain technology will act as a digital ledger, creating a verifiable and “unbreakable” audit trail that is hoped will boost the security of the system and help consumers purchase electricity at times when it is cheapest, or when there is the most low-carbon power on the grid. The pilot will begin next month at Toyota’s Higashifuji Technical Centre in Susono, Japan, and will be expanded to cover the surrounding area within its first month of operation. (Edie)

Data from electric vehicle (EV) charging firm Zap-Map has found that the number of public charging stations for EVs in the UK has surpassed the number of petrol stations for the first time. The data highlights the ongoing transition towards EVs in the UK, which is being spurred by infrastructure development, technology advancements and policy drivers. The UK’s EV market grew by a record-breaking 19 percent in 2018, with one EV being registered every nine minutes. While only 26 percent of EV registrations were for fully electric models, this was still an increase on 2017’s 14 percent proportion. EVs are overcoming some perceived barriers to uptake, notably regarding concerns over EV range and the availability of charging points. Commenting on the data, Daniel Brown, EV Lead at the Renewable Energy Association said the milestone “points to how quickly the UK’s charging infrastructure network is developing… which will give further confidence to both consumers and fleets who wish to go electric.” (Edie)

European businesses working on cleantech solutions could soon receive an investment boost, thanks to a €100 million investment fund launched by Bill Gates and the European Union. The Breakthrough Energy Ventures Europe (BEV-E) fund, launched yesterday under the ‘Mission Innovation initiative’, will help European companies and clean energy entrepreneurs scale and bring to market carbon-cutting technologies. The European Investment Bank is contributing €50 million, while the investor-led fund chaired by Bill Gates, Breakthrough Energy Ventures, is contributing the other half. The fund will invest in firms working to cut emissions in five areas: electricity, transportation, agriculture, manufacturing and buildings. Investments are expected to start in the second half of 2019. The Mission Innovation programme was launched at COP21 in 2015. It is backed by the European Commission and 23 countries that together account for 70 percent of global GDP. Participating countries promised to double their clean energy research and innovation funding by 2021. (Business Green)

Several top fashion brands have pledged to develop and pilot new initiatives to cut waste in their industry, as progressive retailers seek to respond to fierce criticism over environmentally damaging practices within the industry. Retailers including Ted Baker, Farfetch and FW will work with the London Waste and Recycling Board (LWRB) to explore ways to reduce the environmental impact of fashion retail, from clothes hire and selling second-hand goods to offering repair services. Launched today, the ‘Circular Fashion Fast Forward’ project will produce case studies that can be shared with the wider industry, in a bid to uproot the unsustainable practices condemned in a recent report from the UK’s Environmental Audit Committee. Participating retailers will choose their own ways to take part, working with circular economy business consultants QS. Reports will be compiled on the various pilot projects, and shared once the scheme closes to give other retailers insight into circular options they could also deploy. (Business Green)

Image Source: EV charging station in Monmouth by Oregon Department of Transportation on Flickr. CC BY 2.0