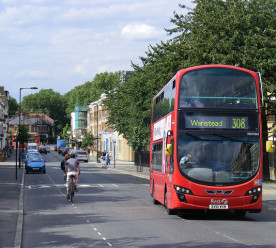 Two top Senate Democrats said they will introduce legislation barring companies from buying back their own stock unless they first increase workers’ pay and benefits, as the party seeks to frame 2020 election issues by spotlighting corporate responsibility. Senate Minority Leader Chuck Schumer and Senator Bernie Sanders wrote in a New York Times opinion piece that their plan would require companies pursuing buybacks to take such actions as raising workers’ minimum pay to $15 an hour, improving pensions or offering seven days of paid sick leave. “When more than 80 percent of corporate profits are going to stock buybacks and dividends, something is really wrong in the state of corporate America and the state of our economy,” Schumer of New York said on the Senate floor. Schumer and Sanders’ article pointed to recent decisions of companies including Walmart Inc. and Wells Fargo & Co. to repurchase billions of dollars in shares at about the same time they cut jobs. (Bloomberg)

ING Research: The Race to a Circular Economy Heats Up For U.S. Companies

U.S. firms are increasingly looking to implement circular economy practices into their business models, according to a new survey from Dutch bank, ING. The research shows that nearly four in five firms have a strategic intent to implement a circular economy framework or have already put one in place. Almost twice as many U.S. firms are embedding sustainability in strategic decision-making in 2019 compared to ING’s 2018 study. When asked what the central principle of ‘circular economy’ means to each respondent, however, the results show firms still have a narrow view of circularity, prioritizing operational issues over strategic possibilities. The majority of firms focused on waste reduction and resource efficiency instead of a comprehensive approach to transforming their business model to create and retain value across all processes within their organization. “The circular economy is about much more than increasing efficiency with materials and natural resources. It’s about rethinking how to design differently, sell differently, value differently, treat risk differently and finance differently,” said Anne van Riel, head of Sustainable Finance, covering the Americas region.(PR Newswire)

More than 110 of the world’s largest companies are now requesting sustainability data from their suppliers, up from just 14 in 2008, according to a new report from CDP. The report reveals that more than 5,500 large suppliers disclosed information regarding their carbon, water and waste footprints to key corporate clients in 2018. These suppliers were supported by corporates from across the retail, technology, finance, consumer goods, automotive and food and drink industries to collectively generate 633 million tonnes of CO2 emission reductions, according to the report. This decarbonisation, combined with more efficient resource, energy and water use, helped the supplier group to collectively save more than $19.3billion in costs. Progress towards water stewardship in supply chains has been particularly rapid, the report notes. Currently, the average company’s supply chain emissions are estimated to be around five-and-a-half times greater than those generated by their direct operations. (Edie)

UK greenhouse gas emissions continued their downward trajectory in 2017, but latest official figures show progress on transport is still stuck in the slow lane. According to the latest official report released by the government, UK greenhouse gases fell 2.7 percent in 2017 compared to the previous year, largely thanks to warmer winter weather and the ongoing phase-out of coal from the electricity system. Emissions from the energy supply sector dropped 7.6 per cent in 2017 to make up 24 percent of the UK’s overall greenhouse gases. It came during a year in which clean electricity topped 50 percent of the UK power mix for the first time in history, bolstered by a near 30 percent share of renewables. However, progress on transport emissions appears to have stalled, with no change in its emissions between 2016 and 2017. The sector remained the UK’s largest generator of greenhouse gases for the second year running, making up 27 percent of the total. (Business Green)

The German cabinet will hold a secret session today to discuss safeguard measures regarding the possible participation of China’s Huawei Technologies in building Germany’s 5G network, the daily Handelsblatt said, citing government sources. Huawei faces international scrutiny over its ties with the Chinese government and suspicion that Beijing could use Huawei’s technology for spying, which the company denies. The meeting will focus on whether a security catalog, prepared by the Federal Network Agency and the Cyber Defense Agency, along with certification rules and a no-spy agreement with China, will be enough to ensure future 5G mobile networks are safe, the paper said. The session, to be held after the regular cabinet meeting, and attended by the German foreign, interior, economy, finance, and transport ministers, will discuss measures proposed last week by Deutsche Telekom to safeguard national security. (Reuters)

Major updates to this year’s DJSI

Tomorrow sees the DJSI Invited Universe List published along with important methodology updates for 2019. Corporate Citizenship have assisted companies for the past 20 years, from when the very first Dow Jones Sustainability Index was constructed. In 2018, over 85% of our DJSI clients were included in at least one index. For more information on how we can help you prepare and support you on this year’s submission, visit https://corporate-citizenship.com/service/djsi/