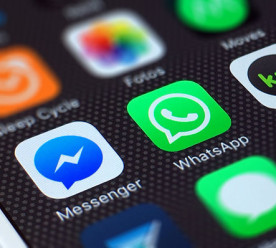 Facebook is launching an “unsend” feature in Messenger more than 10 months after it promised to do so after it was discovered surreptitiously removing messages sent by Mark Zuckerberg from their recipients’ inboxes. The company stopped using the secret feature, which it said it had built “to protect our executives’ communications”, when it was discovered in April 2018, and promised not to delete messages again until it could make “a broader delete message feature available”. That feature now available to users does not offer the same functionality granted to Zuckerberg, however. This unique feature enabled the founder to delete any message he had ever sent and erase any evidence that it had even existed. Instead, Messenger users will be able to delete messages up to 10 minutes after they have sent them. A similar approach is taken in WhatsApp, Facebook’s other messaging service, where all conversations are end-to-end encrypted by default. (Guardian)

The Investment Leaders Group (ILG), a global network of pension funds, insurers and asset managers convened by the Cambridge Institute for Sustainability Leadership (CISL), has created a dashboard, called the Cambridge Impact Framework that uses existing data to help the industry assess funds against six themes derived from the 17 SDGs: resource security, healthy ecosystems, climate stability, basic needs, wellbeing and decent work. The report on the framework proposes both ideal and base metrics for each of the six SDG themes, so that fund managers can make the first stabs at measuring impact, while the industry tries to come up with better metric over the longer term. Both sets are intended to provide objective, comparable, consistent and reproducible results. Union Bancaire Privée (UBP), one of the members of the Investment Leaders Group, stress-tested the framework on its newly launched Positive Impact Equity fund, a portfolio of 25-35 stocks of companies that “address the world’s most pressing environmental and societal challenges”. (Ethical Corp)

Alphabet Inc, the company that owns Google, spent more money paying European Union fines last year than it paid in taxes. Revenue reports show that they were forced to pay out $5.1 billion in a line-item labelled “European Commission fines,” while their total tax bill for the same year was $4.2 billion. “In 2018 we delivered strong revenue growth, up 23% year over year to $136.8 billion, and up 22% for the fourth quarter to $39.3 billion,” said Ruth Porat, chief financial officer of Alphabet and Google. Even so, the EU fines continue to take up a share of that revenue. The most recent fine, the €50 million levied by France, was issued on the basis that Google did not have legal standing to process consumer data for personalization of targeted ads. While Google did adjust their advertising targeting following the implementation of GDPR, regulators found that they hadn’t gone far enough in their compliance and determined that they fell short of obtaining the required consumer notification and consent needed to analyse and process personal data. (INQUISTR; Computing)

The UK is the worst offender in Europe for illegally exporting toxic electronic waste to developing countries, according to a two-year investigation that tracked shipments from 10 European countries. The investigation by the environmental watchdog the Basel Action Network (BAN) put GPS trackers on 314 units of computers, LCD monitors and printers placed in recycling facilities in 10 countries. Electronic waste is deemed a hazardous waste by the EU due to toxic parts containing substances such as mercury, lead and flame retardants. Exports of this type of waste to non-OECD and non-EU countries are illegal under EU law. The UK was the top of the list of suspected illegal shipments. Five computers and LCD monitors were shipped to developing countries after they were tracked and placed in council recycling centres across England and Scotland. Ireland, Denmark, Italy, Spain and Germany also exported electronic waste to developing countries in what are suspected to be illegal shipments, the report said. (Business Green)*

Hundreds of public companies have pressed the US securities regulator for tighter oversight of “proxy advisers”, the powerful research groups that counsel shareholders how to vote at corporate annual meetings. A letter organised by the Nasdaq stock exchange and signed by 319 public companies calls on the Securities and Exchange Commission to police potential conflicts of interest and what they say is a lack of transparency on how the advisers reach their recommendations. The proxy adviser industry is dominated by two companies, Glass Lewis and Institutional Shareholder Services, who issue recommendations on the election of board members, executive pay and other corporate governance votes. They can play a significant role in campaigns by activist hedge funds to make changes to company strategy. Signatories to the letter included the software provider Oracle, the airliner manufacturer Boeing, the oil major Chevron and the fund manager Franklin Templeton. (Financial Times)*

Today sees the release of the 2019 Invited Universe, the official DJSI list of all companies eligible to take part. Corporate Citizenship’s global team have worked on supporting companies on their DJSI submission for the past 20 years. Between 2016 and 2018, our DJSI clients’ overall scores improved by an average of 11 points. Get in touch to speak to one of our experienced team on supporting your submission.

Image source: Apps by Microsiervos on Flickr. CC BY 2.0.