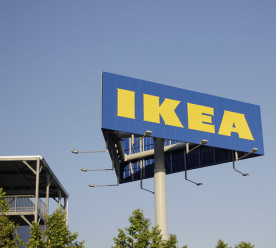 Institutional bond investors are focused on mitigating portfolio-level climate risk but are uncomfortable committing to action aimed at limiting global warming itself, according to research carried out by ShareAction. The report suggests that corporate bond investors should wield the power they have during debt refinancing and issuance to push issuers to align their business strategies with the internationally agreed global warming goal. This would involve telling issuers they would stop investing in their bonds if they did not meet their demands. ShareAction called on signatories to the Principles for Responsible Investment and Climate Action 100+ – an investor initiative to put pressure on large corporate greenhouse gas emitters to drive the clean energy transition – to “engage and escalate” across all asset classes, not just equities. More specifically, according to ShareAction, corporate bond investors should join forces as their engagement would only be effective in collaboration. (IPE)

The world’s largest furniture retailer, Ikea, has unveiled plans to rent its products to consumers for the first time, as it strives to become a ‘net-positive’ business by 2030. Ikea will trial a furniture leasing system across its Swedish stores by the end of February, the company told the Financial Times, with the scheme set to initially include office furniture for business owners. Under the scheme, businesses will rent their furniture for a set period before it is taken back by Ikea for either refurbishment, upcycling, resale or recycling. If the trial is successful, Ikea may decide to roll the concept out across other markets and to add kitchens for the consumer market, the company has said. The launch of the scheme comes after Ikea UK’s sustainability manager Hege Sæbjørnsen unveiled the retailer’s ongoing target of becoming “a truly circular retailer” last year – a move she has argued will be fundamental to the retailer’s ability to grow, remain relevant with customers and survive long-term in the ‘peak stuff’ era. (Edie)

The British chip has been left an inch shorter by the 2018 heatwave, according to a report on the risks to UK fruit and vegetable growing from climate change. The spell of intense summer weather was made 30 times more likely by global warming and left potatoes substantially smaller than usual. Yields of carrots and onions were also sharply down. Cedric Porter, editor of World Potato Markets, said consumers were seeing smaller chips as a result of last year’s drought and extreme heat: “They were 3cm shorter on average in the UK. Smaller potatoes means smaller chips.” The report, Recipe for Disaster, was produced by The Climate Coalition, which brings together 130 organisations including WWF, the National Trust, the Women’s Institute and Christian Aid, and represents more than 15 million UK members. The report calls for urgent reductions of carbon emissions and food waste by, for example, eating more irregularly shaped vegetables and fruits. (Guardian)

Credit rating agency S&P Global Ratings is taking steps to clarify how ESG considerations feed into its credit analysis. The credit rating agency is phasing in the incorporation of ESG sections in its corporate rating reports, beginning with the oil and gas and utilities sectors. It is now rolling this out to all major companies across every sector, and to smaller companies in the sectors most exposed to ESG factors that may be relevant to ratings. It expected around 40 percent of the corporates it rates to be covered by an ESG section by the end of the year, it indicated. According to the Principles for Responsible Investment (PRI), credit rating agencies needed to explicitly signpost credit-relevant ESG risks and opportunities in rating reports. The PRI has been working with credit rating agencies and investors since 2016 in a bid to improve consideration of ESG factors in credit risk analysis and promote better understanding of the practice. (IPE)

Despite rejection from ministers last year on the grounds it was too costly, Swansea-based Tidal Power plc has rebooted its tidal project to build it without the help of government within six years. The firm said several major companies were interested in buying the low-carbon electricity generated by the tide flowing through turbines in a concrete wall along Swansea bay. Property company Land Securities, Cardiff airport and developer Berkeley Group are among those to have expressed an interest in signing a power purchase agreement (PPA) with the lagoon. Such PPA deals are typically used by big energy users as a way of hedging against future power price rises, or burnishing green credentials by buying from renewable sources. The lagoon’s backers also believe its prospects will be boosted by adding floating solar panels to the lagoon to increase the annual energy output by more than a third. UK water companies have already used floating solar power on reservoirs in Manchester, near Heathrow and elsewhere. (Edie)