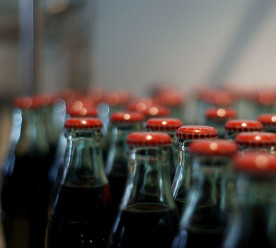 Following pressure from green investors, oil and gas giant BP has pledged to align its business with the aims of the Paris Agreement and has begun linking staff bonuses to its low-carbon progress. The firm announced that it will accept the climate, carbon and disclosure recommendations by investor group Climate Action 100+ at its upcoming AGM in May. A further measure detailed in the agreement between BP and Climate Action 100+ is an incentive to spur board-level staff and those in charge of key products to make more sustainable choices. BP has interpreted this recommendation by pledging to link the bonuses of 36,000 of its workers to the progress it makes towards its climate targets – a move which will be voted on at the AGM. The adoption of this recommendation comes after rival firm Royal Dutch Shell pledged last December to link progress towards its carbon reduction aims to the amount of pay awarded to members of its executive board. (Edie)

Courier company Hermes is to offer drivers guaranteed minimum wages and holiday pay in the first UK deal to provide trade union recognition for gig economy workers (those in short-term contract or freelance work). Under the agreement with UK’s GMB trade union, Hermes’ 15,000 drivers will continue to be self-employed but can opt into contracts with better rights. The deal comes after almost 200 Hermes couriers won the right to be recognised as “workers” at an employment tribunal last summer in a case backed by the GMB. Under employment law, “workers” are guaranteed rights including holiday pay, the legal minimum wage, minimum rest breaks and protection against unlawful discrimination. Similar cases have been brought against Uber, Addison Lee, CitySprint, Excel and eCourier. Tim Roache, the general secretary of the GMB, said: “Full credit to Hermes. They’re showing that the gig economy doesn’t have to be an exploitative economy and we look forward to working with them through this ground-breaking agreement.” (Guardian)

Cities need to grow up, not out, to survive, researchers warn

Urban areas are expected to grow by 80 percent by the end of the next decade, and unless they grow up rather than out, they could be in trouble, according to a new report from the World Resources Institute and Yale University. When cities grow according to plans of developers rather than guided by policy, the result is development at the periphery, resulting in encroachment on agricultural or forest lands, and expansion into areas that are far from jobs and largely unconnected to municipal services. “We talk about flooding in Jakarta and Indian cities, but people don’t tie any of this back to land use. But now there’s enough evidence that all of this is occurring because of overdevelopment where services aren’t available,” said Mahendra, director of research at the institute’s Ross Center for Sustainable Cities. The results show that among developing countries, vertical growth is almost completely confined to Chinese cities, while urban areas in Africa and South Asia are seeing very little. That is a concern because almost 90 percent of urbanisation through 2030 is expected to take place in Africa and Asia, according to the report. (Thomson Reuters Foundation)

Amazon has been forced to pull an estimated 400,000 products in India after new regulation limiting e-commerce businesses went into force in the country on Friday. First announced at the end of 2018, the new regulation imposes a ban on exclusive sales and prevents retailers from selling products on platforms they count as investors. Direct sales to consumers had been banned earlier, but companies had set up a complex array of related companies to indirectly offer popular products at low prices with fast delivery. Nearly a third of Amazon’s estimated $6 billion in annual sales in India will probably disappear at least temporarily from the local version of the company’s service, as Amazon tries to comply with new e-commerce rules imposed by the Indian government. Amazon’s leading rival in India, Flipkart, which effectively became a Walmart subsidiary last year, will also be forced to remove thousands of products from its service, particularly in the apparel category, where it sells many clothing items made by affiliated companies. (New York Times; TechCrunch)

A U.S. appeals court on Thursday blocked a San Francisco law requiring health warnings on advertisements for soda and other sugary drinks in a win to the American beverage industry which fought the requirements in court. The San Francisco ordinance is part of a national effort to curb consumption of soft drinks and other high-calorie beverages that medical experts have said are largely to blame for an epidemic of childhood obesity. However, the 11 judges of the 9th U.S. Circuit Court of Appeals in a unanimous decision said the city’s ordinance violated commercial speech protected under the U.S. Constitution. The judges said beverage makers were likely to suffer “irreparable harm” if the law is implemented because the warning would “drown out” the advertisements’ other visual elements. Over the past years, many U.S. localities have imposed taxes on sugary beverages, adding a surcharge of up to 1.75 cents per ounce. The beverage industry has opposed the measures, saying they hit poor and working-class families and small businesses the hardest. (Reuters)

Image source: March of the Coke Bottles by Alan on Flickr. CC BY-ND 2.0.