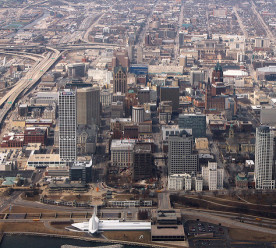 Further growth is expected in the rapidly expanding global green bonds market, with S&P Global Ratings forecasting a “likely” record issuance of $180 billion worldwide this year, spurred on by strengthening regulations, rising environmental risk awareness and new business opportunities. In its latest annual market outlook, the ratings giant said it expects the global green bonds market will remain resilient and enjoy a “healthy” eight percent growth rate in 2019, putting it on course for another record year driven by “strong market fundamentals”. The prediction follows the market’s record high of $167bn last year, according to the Climate Bonds Initiative. Helping to spur on the continued growth this year, financial institutions in particular are likely to play a greater role in the green bond market than previously, according to the S&P Global Ratings report, increasing their share of both bond issuances and investments. Moreover, it forecasts an acceleration of other sustainability-related financial instruments in 2019, including environmental, social and governance (ESG) bonds. (Business Green)

CDP has co-launched an equity fund dedicated to investing in companies that best manage risks associated with climate change. The not-for-profit has teamed up with CPR Asset Management to launch the fund which will have a portfolio of 700 stocks across all sectors and regions. Investments will be made in businesses seeking to meet the Paris Agreement’s target to limit global warming to 2°C this century. “Corporate transparency on environmental issues is key but this information needs to be priced in and integrated by the market, in order to shift capital at the pace required,” said Laurent Babikian, director of investor engagement at CDP Europe. The fund’s focus on responsible investing is underpinned by external climate ratings through CDP and science-based targets (SBT) data. It will also offer an extensive ESG filter at different levels of granularity, and an exclusion of high ESG controversies through a third filter, CPR AM claims. (Edie)

Foxconn Technology Group is reconsidering plans to make advanced LCD panels at a $10 billion Wisconsin campus, and said it intends to hire mostly engineers and researchers rather than the manufacturing workforce the project originally promised. Announced at a White House ceremony in 2017, the 20-million square foot campus marked the largest green field investment by a foreign-based company in U.S. history and was praised by Trump as proof of his ability to revive American manufacturing. Now, those plans may be scaled back or even shelved, Louis Woo, special assistant to Foxconn Chief Executive Terry Gou, told Reuters. Heavily criticized in some quarters, the Foxconn project was championed by former Wisconsin Governor Scott Walker, a Republican who helped secure around $4 billion in tax breaks and other incentives before leaving office. Critics of the deal, including a number of Democrats, called it a corporate giveaway that would never result in the promised manufacturing jobs and posed serious environmental risks. (Reuters)

Research by the University of California found that women and girls from the most marginalised communities toiled for as little as 15 cents (11p) an hour in homes across India. The study is thought to be the most comprehensive assessment of conditions facing home-based garment workers, whose work often involves applying the final touches to a garment, including embroidery, tasseling, beadwork and buttons. While the report does not name brands specifically, the vast majority of home-based workers, 85%, said they worked exclusively in supply chains for clothing shipped to the US or EU. Payments were often late, with many workers reporting that they had been penalised for not completing hefty orders on time. Injury and chronic illness, including back pain and diminishing eyesight, were common. Virtually none of the workers interviewed received any sort of medical care when they suffered an injury at work. (Guardian)

A long-running legal push to trigger a judicial review of the UK government’s failure to set a long term net zero emission target has drawn to a close, after the Court of Appeal refused to re-open the case. The action from campaign group Plan B and 11 individuals was launched last year and argued the government had a legal obligation to fast-track a strengthening of the UK’s long term carbon targets in the wake of the Paris Agreement. This was rejected by a High Court Judge last year, arguing the current 80 percent emissions target “is compatible with the Paris Agreement” and that the Committee on Climate Change has said the current goal “is consistent with a wide range of global temperature outcomes”. However, last week the Court of Appeal issued a decision upholding the High Court ruling and rejecting calls for an appeal, effectively bringing the legal action to a close. The decision said there had been “no error of law” in the judge’s original decision and the application for a judicial review had “no real prospect” of success. (Business Green)