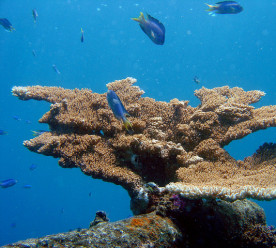 Google workers walk out to protest office harassment and inequality

Hundreds of Google employees and contractors in Asia staged midday walkouts today, with thousands more expected to follow at offices worldwide, amid complaints of sexism, racism and unchecked executive power in the workplace. The demonstrations follow a New York Times report that said Google in 2014 gave a $90 million exit package to Andy Rubin after the then-senior vice president was accused of sexual harassment. The report energised a months-long movement inside Google to increase diversity and improve treatment of women and minorities, involving petitions and training from a worker’s rights group. Organisers of the protests said Google had been slow to address structural issues. “While Google has championed the language of diversity and inclusion, substantive actions to address systemic racism, increase equity, and stop sexual harassment have been few and far between,” organisers stated. (Reuters)

The US oil industry has spent a record $30 million to contest a ballot measure in Washington state that would create the nation’s first carbon tax – double the amount an alliance of green groups and billionaire activists has spent to support it. The state’s Carbon Emissions Fee and Revenue Allocation Initiative would impose a $15 fee on each tonne of carbon released, rising $2 a year until the state’s 2035 emissions target is met. The oil industry is likely to suffer the most, since transportation is the largest contributor of greenhouse gas emissions in Washington at 43 percent. The anti-carbon tax money has powered a months-long public relations blitz that argued the fee would drive up energy costs for consumers. BP spokesman Jason Ryan said the company strongly opposes the initiative because it believes it would disrupt the state’s economy without reducing emissions. (Reuters)

City of London to pilot ban on polluting vehicles

The City of London, the UK capital’s financial district, has announced it will ban polluting vehicles from one of its roads as a first step towards eliminating toxic emissions from some of its busiest areas. Only fully electric and certain hybrid vehicles will be allowed on the south section of Moor Lane, west of Moorgate, from next April, according to the City of London Corporation. The corporation intends to introduce interim zero-emission zones covering the east of the City and the Barbican area by 2022 and will lobby the mayor’s office to create a wider zero-emission zone across central London. Shirley Rodrigues, deputy mayor for the environment and energy, commented on the ban: “We are funding innovative projects like this because they are vital to encourage more Londoners to switch to ultra-low and zero-emission vehicles and help tackle the capital’s toxic air.” (Financial Times)*

A Chinese renewable energy investment in Patagonia has been halted after no agreement could be reached with the small Mapuche community living where the wind turbines were going to be installed. China’s Envision Energy had vowed to invest 56.7 million US dollars constructing 28 wind turbines in Cerro Alto, in the province of Rio Negro, Argentina. The Wefu Wechu Mapuche community demanded a 32-kw parallel line to be constructed to supply their settlements in exchange for consent, but Envision Energy was unwilling to pay the extra $500,000 cost. The Chinese company has been fined 10 million US dollars by the federal government for not meeting its commitment to be supplying energy by March 2019. (The Santiago Times)

Bloomberg Philanthropies, the charitable foundation founded by billionaire and former New York mayor Michael Bloomberg, will announce a cash injection of $86 million to support coastal communities across 10 countries, including Australia, Fiji, Indonesia, Tanzania, Peru and the US, at a major conference in Indonesia this week. The new funding for 2019-22 will build on Bloomberg’s Vibrant Oceans initiative launched in 2014, and will continue sustainability projects carried out in Brazil, Chile and the Philippines to tackle overfishing with an additional emphasis on protecting coral. Scientists at the University of Queensland have identified a global portfolio of 50 coral reefs to be protected using the funding. Patricia Harris, CEO of Bloomberg Philanthropies, said: “Our work on oceans has shown that, when a combination of national advocacy and local leadership is backed by data, we can make great progress improving the health of our oceans and improving lives around the world.” (The Guardian)