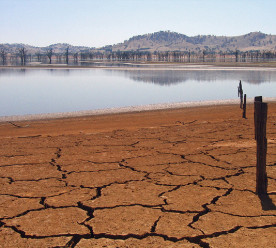 Sustainable investing assets hit $12 trillion in the US

The US SIF Foundation’s 2018 biennial Report on US Sustainable, Responsible and Impact Investing Trends, released 31st October, found that sustainable, responsible and impact investing (SRI) assets now account for $12.0 trillion—or one in four dollars—of the $46.6 trillion in total assets under professional management in the United States. CEO of US SIF, Lisa Woll, cited the election of Donald Trump as partly responsible for driving the growth rate of the past two years: “The election of Donald Trump has helped, in large part because of climate-change concerns. The federal government is closed for business, rolling back climate and other important social and environmental initiatives. So it’s no wonder people are starting to ask: How do I make this happen on the issues that I care about?” (Barrons; BusinessWire)

Third of Britons have stopped or reduced eating meat

One in eight Britons are now vegetarian or vegan, according to a report on food shopping that underlines a revolution in the UK’s eating habits. A further 21 percent claim to be flexitarian, where a largely vegetable-based diet is supplemented occasionally with meat, which means a third of UK consumers have deliberately reduced the amount of meat they eat or removed it from their diet entirely. The findings in the annual food and drink report from the supermarket chain Waitrose come as food choices assume an increasingly important role in the debate over countering climate change. A series of influential reports have said that avoiding meat and dairy products is the single biggest way consumers can reduce their environmental impact on the planet, because farming animals is such a CO2-intensive process. (Guardian)

Myanmar labour organizations urged visiting European Union delegates to reconsider the possibility of revoking trade privileges for Myanmar due to alleged Tatmadaw atrocities in Rakhine State. Myanmar has tariff-free access to the EU market under the Everything But Arms (EBA) programme which has been a major boon for Myanmar’s economy, particularly the garment sector. The EU delegation met with representatives from the Confederation of Trade Unions in Myanmar (CTUM), the Myanmar Infrastructure, Craft and Service (MICS) organizations, and the Agriculture and Farmers Federation of Myanmar (AFFM) in the commercial hub Yangon to discuss the preferential trade arrangement. “We told them we don’t agree with the EU’s [possible] withdrawal of trade preferences,” said Maung Maung, president of the CTUM. “It would reflect badly on Myanmar workers and would be a minus sign for development work in Myanmar.” (Business & Human Rights)

Women in the UK receive 39.5 percent less in pension income than men – twice as large as the difference in pay between the sexes, a new analysis shows. The trade union Prospect analysed responses to the Department for Work and Pensions’ (DWP) Family Resources Survey and found that the pensions gap in 2016-17 was 39.5 percent – equating to an approximate average shortfall for women of £7,000 (€7,941) a year. This was twice the level of the gender pay gap in 2017, it said, which was 18.4 percent. UK firms began reporting the difference between average pay for men and women earlier this year. Sue Ferns, Prospect’s senior deputy general secretary, said: “Gender-based economic inequality may start in the workplace, but it follows women for the rest of their lives.” (IPE)

Report: Reforming business for the 21st century, The British Academy

The British Academy has released a report which sets out a new framework for business in the 21st century. The report, lead by Professor Colin Mayer, Peter Moores Professor of Management Studies at Oxford Saïd, identifies a need to radically reconsider how business will meet 21st century environmental, social and economic demands, in addition to the challenges of technological advances and globalisation. The report finds that an ‘excessive focus on profits’ has damaged corporations’ role in society. This first phase of research has identified the nature of the problems and a framework for addressing them. The results indicate that the future of business should be based on three interconnected principles and that stakeholders can deploy five main ‘levers’ to achieve change: ownership; corporate governance; regulation; taxation; and investment. Detailed policy recommendations will be the focus of phase two, which will start in 2019. (Said Business School)