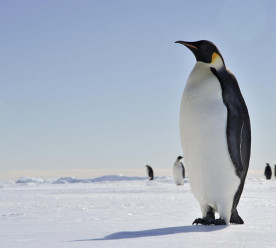 Demand for electric vehicles (EVs) is fuelling a rise in child labour in cobalt mines in the Democratic Republic of Congo, experts stated, urging companies to take action as the industry expands. Cobalt is a key component in batteries for electric cars, phones and laptops, and Congo provides half of the global supply. Rising demand in the last several years has led to increases in cobalt production, drawing more people, including children, into the sector. Tens of thousands of children work in artisanal cobalt mines in the country’s southeast, without protective clothing, rights groups say. Companies should try to make a push to improve transparency and labour rights when securing their cobalt supply, said US-based advocacy group Enough Project.  “One of our recommendations is that companies should actually travel to cobalt mining areas in Congo… to demonstrate their interest in this issue,” said Annie Callaway of Enough Project. (Thomson Reuters Foundation)

The world’s first Gender Smart Investing Summit  launched in London last week. On the 1st November 2018, venture capitalists, asset managers, institutional investors, NGOs and entrepreneurs from around the world came together to examine how more capital can be directed to accelerate positive change towards achieving global gender equality. The programme for the Gender-Smart Investing Summit was designed to kick-start a shift in the movement of capital and develop new approaches to applying a gender lens to their investment efforts. Applying data from 2018 ,the US Social Investment Forum, Veris Wealth Partners, Wharton Social Impact Initiative, and Catalyst at Large, each gave an analysis of investments already being made in public and private markets. (UNCDF)

Sembcorp, a leading global utilities company, has announced it will install and operate a rooftop solar farm in Singapore. One of the locations for the panels represents the largest solar installation on a single rooftop in Singapore to date. The panels will be built on top of two facilities and is expected to produce around 7,435MW-h of power annually. The solar farm will help power the on-site operations of the Sembcorp customer at the two locations, with surplus power channelled to the grid.  It will also help to avoid over 3 million kilograms of carbon dioxide emissions a year.  “Sembcorp is actively supporting Singapore in its goal of achieving 350MWp of solar power capacity by 2020,” said Sembcorp’s group president and CEO Neil McGregor. (Singapore Business Review)

The U.S. Supreme Court rejected a bid by the President Donald Trump’s administration to block a trial in a lawsuit, filed by young activists, who have accused the U.S. government of ignoring the threats of climate change. The loss for the administration means it now faces a high-profile examination of U.S. climate change policy in the trial in Eugene, Oregon. In the lawsuit, 21 activists, ages 11 to 22, said federal officials violated their rights to due process under the U.S. Constitution by failing to adequately address carbon pollution. Lawyers for the young activists, led by Julia Olson of a group called Our Children’s Trust, have said their clients have suffered “irreparable harm” from the effects of a changing climate. “This is a case about the fundamental rights of children and whether the actions of their government have deprived them of their inalienable rights,” Olson stated. (Reuters)

A plan to turn a large area of pristine Antarctic ocean into the world’s biggest sanctuary has been rejected, throwing the future of one of the Earth’s most important ecosystems into doubt. Environmental groups said Russia, China and Norway had played a part in blocking the proposal, with the other 22 members of the Commission for the Conservation of Antarctic Marine Living Resources (CCAMLR) backing the proposal. The 1.8m sq km reserve would have banned fishing in a vast area of the Weddell Sea and parts of the Antarctic peninsula, safeguarding species including penguins, killer whales and blue whales; experts said it would also have helped to tackle climate change. Frida Bengtsson of Greenpeace’s Protect the Antarctic campaign commented: “…serious scientific proposals for urgent marine protection were derailed by interventions which barely engaged with the science.” (The Guardian)

The Good Capital Conference is dedicated to partnering Sustainable and Impact Enterprises with a wide range of sustainability stakeholders, including investor counterparts. In addition to the outstanding content on offer, attendees will benefit from a highly structured networking system, enabling meetings to be pre-booked in advance.

Please note you can benefit from a 10% saving if you reserve your ticket here and quote Corp20.