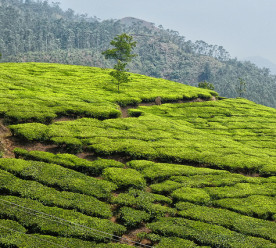 Companies that embrace best practices for employing and supporting more persons with disabilities have outperformed their peers, according to a new report from Accenture, Disability:IN and the American Association of People with Disabilities (AAPD). The report analysed the disability practices and financial performance of 140 companies participating in the Disability Equality Index (DEI)- a benchmarking tool that gives businesses an objective score on their disability inclusion policies and practices. The 45 companies identified as leading in areas specific to disability inclusion had, over a four-year period, performed financially better than the other companies in the DEI, with 28 percent higher revenue, double the net income and 30 percent higher economic profit margins. “Leading companies are accelerating disability inclusion as the next frontier of corporate social responsibility and mission-driven investing.” said Ted Kennedy, Jr., disability rights attorney and chairman of the AAPD board. (3BL Media)

The world’s second largest tea company, Tetley, owned by Tata Global Beverages,  has released a list of its suppliers to boost transparency in its supply chain. The brand made the move following the “Who picked my tea?” campaign by Traidcraft Exchange, which challenges the major tea brands to do more to tackle the poor conditions faced by workers on the tea estates in India. Tetley became the third tea company to publish a full list of suppliers, following suit from Yorkshire Tea (part of Taylors of Harrogate) and Twinings. India’s tea industry (where Tetley is mainly sourced from) employs 3.5 million workers, many of whom are exploited on plantations; a report from British charity Traidcraft Exchange found women working on plantations in Assam to be earning a $2 a day and living in “appalling” conditions. Tata Global Beverages says it is working to “ensure slavery and human trafficking is not taking place anywhere in our supply chains.” (Thomson Reuters Foundation)

MEPs have welcomed the adoption of new EU-wide rules on the use of antibiotics in animals as a “major step forward” for public health. The rules overwhelmingly adopted by the EU parliament in Strasbourg on 25 October are designed to help fight antimicrobial resistance (AMR) and keep food free from resistant bacteria. The parliamentary vote comes just ahead of European Antibiotic Awareness Day on 18 November. The new rules will limit the use of antimicrobials to single animals and not groups. Such drugs can be used only when “fully justified” by a veterinarian and not to enhance the growth of animals. The law, backed by 583 votes to 16, will also allow the European Commission to select antimicrobials to be reserved for treating humans alone. While the measures specifically aim to protect animals’ health and welfare, it is also hoped that the plans, which follow agreement between the Commission, Parliament and Council, will help raise public awareness about the benefits of the responsible use of antibiotics. (The Parliament)

Baillie Gifford has joined other asset managers in calling for investors to broaden their focus beyond the short-term financial performance of companies. “The active management industry does not add value after fees. This is a plea to the industry to get back to the fundamentals of long-term investing,” said Stuart Dunbar, partner at the £196bn Edinburgh-based manager. The opinion of Baillie Gifford, echoes the view of large asset managers including Legal & General Investment Management and Schroders, which have both run campaigns to persuade companies to stop quarterly reports. Baillie Gifford argued that asset managers had been guilty of “foist[ing] short-termism on clients in order to manage our own business risks”. Mr Dunbar also signalled his support for the idea of “patient capital”, which refers to investing in riskier areas such as start-ups or venture capital funds in the hope they deliver greater returns than more traditional holdings. (Financial Times)*

Roundtable on Sustainable Palm Oil members will vote next week on bringing in stricter criteria for companies seeking RSPO certification. Earlier this year, more than 90 global institutional investors, including Aegon Asset Management, Aviva Investors or M&G Prudential, urged the RSPO to strengthen its draft certification standards. In a letter to the RSPO Secretariat, investment firms expressed concern the companies in their investment portfolios are adhering to higher sustainable palm oil commitments than those requested by the RSPO, creating a “disconnect between leading corporate policy commitments and the RSPO standard.” Zoological Society of London’s assessment of 70 palm oil companies found zero-deforestation commitments risk being undermined by a lack of monitoring. Aviva Investors’ senior SRI analyst, Eugenie Mathieu, says: “Acting to stop deforestation is one of the most effective steps companies can take to prevent this climate breakdown.” (Money Marketing)