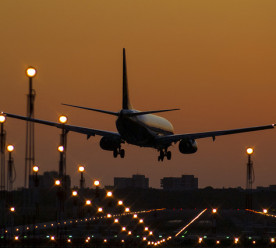 The UK will introduce a provisional £16-a-tonne carbon emissions tax in the event of a no-deal Brexit as part of contingency plans to replace the EU Emissions Trading Scheme. The level set by the Treasury is in line with the EU ETS price, which suggests it would be high enough to continue disincentivising the use of coal by power plants and factories and maintaining the UK’s commitment to reducing pollution. The plan would see the UK developing two fixed carbon prices, which when combined would see emissions being taxed at a fixed rate of £34 a tonne. Will Gardiner, the chief executive of Drax Group, a company converting its coal fired stations to burning wood pellets, welcomed the proposal: “it provides investors with certainty and is a critical factor in ensuring an end to the use of coal in the power system”. (Financial Times)*

SP Group, a major utility company in Singapore, has launched a digital marketplace powered by blockchain technology to allow companies to trade renewable energy certificates (RECs), a document used to offset the use of non-renewable energy. “Through blockchain technology, we enable companies to trade in renewable energy certificates conveniently, seamlessly and securely, helping them achieve greener business operations and meet their sustainability targets,” SP’s chief digital officer Samuel Tan said. City Developments Limited (CDL) and DBS Bank were amongst the first buyers of certificates, whilst solar developers such as Cleantech Solar Asia have signed a collaboration with SP Group to place their solar assets on the marketplace for sale of RECs; “We can now allow consumers, who are unable to generate their own renewable energy, another reliable solution to achieve their clean energy goals,” Cleantech Solar Asia’s executive chairman Raju Shukla said. (Singapore Business Review)

ASDA pledges to switch to 100 per cent sustainable soy

ASDA has become the latest supermarket giant to set a roadmap for a sustainable soy supply, promising to achieve net-zero deforestation in its own-brand supply chain. Following similar pledges from Lidl and Tesco in recent months, on Monday ASDA promised that by 2020 the soya used in animal feed for all its own brand protein products like meat, fish and milk will be responsibly sourced. After that it will commence work to ensure all its primary protein suppliers use 100 per cent certified responsible soy by 2025 and to start work on soya used to make processed food such as ready meals after 2020. Laura Babbs, ASDA’s sustainability manager commented: “We’re committed to playing our part and making sure that we safeguard our forests for the long term.” (Business Green)

The Local Authority Pension Fund Forum (LAPFF), a £200bn (€227bn) association of UK public sector pension funds, is putting pressure on airline Ryanair to change its chairman. David Bonderman has been Ryanair’s chairman for 22 years, but “has been unsuccessful in his oversight of Ryanair’s employment issues”, LAPFF said. Ryanair has been affected by strike action in recent months, and at the beginning of October warned that its profits for 2019 would likely be 12 percent lower than previously forecast, because of the effects of industrial action as well as higher oil prices.  “Ryanair has failed to adequately address concerns about the company’s troubled relationship with its employees and the potential impact on its business,” LAPFF Chair Ian Greenwood. “…allegations of poor working conditions continue to emerge. Questions about the company’s business model and governance pose a threat to shareholder value.” (IPE; Reuters)

The case discussed in South Africa’s Constitutional Court was a deal agreed by the tribe chief of the Bakgatla tribe to allow Pilanesberg Platinum Mines (PPM), to evict farmers to expand its open-pit mine. The court ruled that such an arrangement ignored the rights of the applicants, comprised of 13 families whose ancestors bought the farm but could not get title deeds to it. Lawyers and land policy experts say the implications are far reaching and could raise questions about other mining deals signed between companies and tribal chiefs, which have fuelled social strife and conflict. Aninka Claassens, director of the University of Cape Town’s Land and Accountability Research Centre, said: “No mining company can continue to pretend that traditional leaders are authorised to make these deals without the consent of the people directly affected.”(Reuters; Business & Human Right Resource Centre)