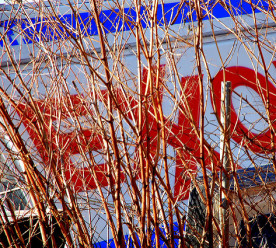 New York’s attorney general sued Exxon Mobil on Wednesday (24th October), claiming the company defrauded shareholders by downplaying the expected risks of climate change to its business. The suit, which does not charge Exxon with playing a role in creating climate change, says the company engaged in a “longstanding fraudulent scheme” to deceive investors, analysts and underwriters “concerning the company’s management of the risks posed to its business by climate change regulation.” Exxon essentially kept two sets of books when accounting for the effects of climate change, prosecutors said. The litigation, which follows more than three years of investigation, represents the most significant legal effort yet to establish that a fossil fuel company misled the public on climate change and to hold it responsible. (New York Times)*

Sir Philip Green has been named as the businessman at the centre of an injunction linked to allegations known as the “British #MeToo scandal”, after a Labour peer used an ancient parliamentary right to name him in the House of Lords. The Topshop retail tycoon was named in a dramatic intervention by the former cabinet minister Peter Hain, after days of speculation over a mystery businessman described by the Daily Telegraph as the subject of multiple sexual harassment and bullying allegations. Green said he “categorically and wholly denies” any suggestion he was guilty of unlawful behaviour. The revelation comes the same week as Google is accused of protecting former chief-executive, Andy Rubin, known as the ‘Father of Android’, when he left the company in 2014, by not making public that an employee had accused Mr. Rubin of sexual misconduct. (Guardian; New York Times)*

A U.S. federal appeals court this week reinstated a lawsuit by a group of former child slaves accusing the U.S. unit of Nestlé, the world’s largest food maker, and Cargill of perpetuating child slavery at Ivory Coast cocoa farms. “In sum, the allegations paint a picture of overseas slave labor that defendants perpetuated from headquarters in the United States,” the court wrote. The plaintiffs, originally from Mali, are contending that the companies aided and abetted human rights violations through their active involvement in purchasing cocoa from the Ivory Coast. They originally sued Nestle USA, Archer-Daniels-Midland Co and Cargill in 2005. The case has since made its way to the U.S. Supreme Court, which in 2016 rejected the companies’ bid to have the lawsuit thrown out. Nestlé said in a statement on Tuesday that it had explicit policies against child labor and was working to combat the global problem. (Reuters)

A handful of the world’s biggest consumer goods and chemical companies have pooled $90 million into a fund to find solutions to plastic pollution in South and Southeast Asia. Companies including Coca-Cola, Unilever, P&G, Danone and Dow have started a fund to find solutions to combat marine plastic pollution in Asia. With the exception of chemical giant Dow, all of these investors were highlighted as the world’s biggest plastic polluters in a report released by the Break Free from Plastic campaign. The aim of the fund is to remove capital as a “barrier to critical waste and recycling infrastructure development” and demonstrate that waste management is a rewarding sector for investment, said Rob Kaplan, founder and chief executive officer of Singapore-headquartered impact investment firm Circulate Capital, which will manage the funds. (Eco-Business)

Progressive thinktanks and investor groups want the Australian government to model the economic effects climate change will have on Australia under 1.5C and 2C warming scenarios. At the same time, in an open letter in the health journal the Lancet, 22 prominent scientists and health professionals have criticised the Australian government for dismissing the findings of the Intergovernmental Panel on Climate Change’s (IPCC) recent 1.5C report. “The Australian government’s contemptuous dismissal of the latest report of the IPCC, including the panel’s recommendation to dramatically reduce coal power by 2050, is unacceptable,” the letter, published 25th October, states. Environment Minister Melissa Price said it was “absolutely false” to say the government had dismissed the findings of the IPCC report. “We have consistently stated that the IPCC is a trusted source of scientific advice that we will continue to take into account on climate policy,” she said. (Guardian)

Image source: Exxon by Steve Snodgrass on Flickr. CC BY 2.0.