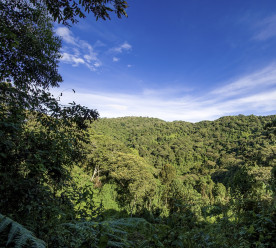 The UK food regulator is to investigate the country’s largest supplier of supermarket chicken, 2 Sisters Food Group (2SFG), after a Guardian and ITV News investigation found evidence it had tampered with food safety records. Supermarkets including Tesco, Marks & Spencer, Sainsbury’s, Aldi and Lidl – all supplied by the 2SFG plant – have joined the Food Standards Agency in announcing investigations. Workers at the company confirmed they had been asked to alter the slaughter date of poultry on several occasions. Experts said changing “kill dates” could artificially stretch the commercial life of meat products by triggering incorrect use-by dates on supermarket packaging. (Guardian)

Google has announced concessions to European regulators over its online shopping service, following a record antitrust fine of 2.4 billion euros for unfairly favouring its own service over those of its rivals. The penalty highlights the risks facing Google’s dominant position in online search in Europe and other parts of the world. Under the plan presented Wednesday, Google will create a stand-alone unit for its shopping service, which will operate separately and will be subject to regular monitoring by the European Commission. Customers across the EU, as well as Iceland, Liechtenstein, Norway and Switzerland, will be able to see rival price comparison sites taking up the spots at the top of a search page where only Google Shopping had previously appeared. (NY Times)

Tropical forests are ‘no longer carbon sinks’ because of human activity

Tropical forests now emit more carbon than they are able to absorb as a result of deforestation and land degradation, a new study has found, challenging the long-held belief that forests act as “carbon sinks”. According to the research, the world’s tropical forests have experienced a net loss of around 425 million tonnes of carbon from 2003 to 2014, with land degradation and disturbance (including mining and logging) responsible for 69% of total carbon losses. The results show that the largest carbon losses took place in Latin America, while the largest gains were made in Africa. Lead author Dr Alessandro Baccini, a researcher at the Woods Hole Research Centre in Massachusetts, highlighted the “win-win-win possibility” of reforestation and afforestation, which can help conserve biodiversity, improve water quality and resources while reducing CO2 concentration. (Eco-Business)

easyJet says it could be flying electric planes within a decade

The UK carrier easyJet has formed a partnership with US firm Wright Electric, which is developing a battery-propelled aircraft for flights under two hours, such as London to Paris and Amsterdam. Wright Electric is aiming for an aircraft that would cover the journeys of about a fifth of easyJet passengers. The airline said it was the next step in making the airline less harmful for the environment, after cutting carbon emissions per passenger kilometre by 31% between 2000 and 2016. Wright Electric claims that electric planes will be 50% quieter and 10% cheaper for airlines to buy and operate, with the cost saving potentially passed on to passengers. The US firm said its goal was for every short flight to be electric within 20 years. (edie)

The Chinese government has unveiled new targets that will require large vehicle manufacturers to ensure 12% of the cars they sell are zero or low emission by 2020, which should translate into around 4 to 5% of new cars being electric this same year. Companies that fail to meet the target will have to purchase credits from manufacturers who exceed the target or face fines. The target is expected to continue rise during the 2020s. The new clean vehicle ‘cap-and-trade’ policy is also expected to boost demand for EVs even as the government begins to curb subsidies for the technology – the primary mechanism for tackling smog in Chinese cities. The move comes as the Chinese government is considering banning the sale of internal combustion engine cars and vans, in the same vein as the UK and France. (Business Green)