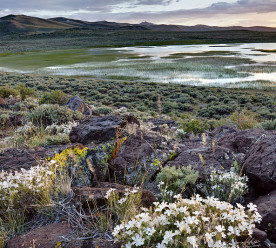 Large investment groups including BlackRock and Vanguard have stepped up pressure on US energy companies to address the risks associated with climate change, despite inaction by the Trump administration to address the threat. In votes at seven of the largest US energy companies this year, the 30 largest investors switched their votes to support disclosure on climate risk a total of 38 times, having opposed similar resolutions in 2016, according to ShareAction, a campaign group. Earlier this year, BlackRock identified climate risk disclosure as one of its five investment stewardship priorities for 2017-18. In June, the FSB Task Force on Climate-related Financial Disclosures published its final recommendations report, encouraging investors to call for consistent corporate reporting on climate risk. (Financial Times*)

Financial analysts are failing to provide investors with the information needed to make sound decisions by neglecting environmental, social and governance (ESG) issues, leading to the misallocation of capital, according to Aviva Investors. A global survey of 342 financial analysts by Aviva Investors found that 42 per cent of respondents thought research published by banks and brokers was preoccupied with short-term financial metrics. Steve Waygood, chief responsible investment officer at Aviva Investors, said many analysts did not apply enough scrutiny to businesses and that price targets and ratings often presented “an overly positive view” of a company’s long-term prospects. “It is particularly interesting that analysts themselves privately acknowledge many of these failings,” he said. (Financial Times*)

Gold Standard – the standard and certification body set up by WWF to catalyse action on climate change – has unveiled a new Renewable Energy Label in Switzerland. With a large portion of renewable electricity generated in power plants running for several decades, the new label will assure purchasers that their electricity supports investment into new energy generation capacity. The Renewable Energy Label was developed as part of the ‘Gold Standard for the Global Goals’ initiative, which aims to quantify, certify and maximise the business contributions to the development of the UN Sustainable Development Goals. The label aims to certify projects that contribute to Goal 13 – climate action. (edie*)

A new study from global customer agency C Space has linked business performance with company purpose beyond profit. The results are based on a ‘Customer Quotient’ (CQ) survey, which aims to measure ‘more human’ company relationship behaviours, including consumer experience, emotional rewards, openness, relevance and empathy. According to C Space, high CQ scores are associated with greater rates of growth, recommendations and repeat purchases. CEO of C Space, Charles Trevail, said “Customers want their relationships with companies to have the same qualities they value in their personal relationships… In a world where businesses are constantly chasing growth, acting more human will be a sure path to long-term success.” (Sustainable Brands)

Volunteers on wildlife projects benefit from a big boost to their mental health, according to new research. The research advances the idea that nature could be widely prescribed by doctors as a therapy. The new analysis tracked people across England taking part in projects run by the Wildlife Trusts, ranging from nature walks and conservation work to the ‘Men in Sheds’ project in Bolton, which makes bird tables and bug hotels. The volunteers’ wellbeing was tracked using questionnaires by researchers from the University of Essex, who found that half of the people who started with low mental wellbeing had improved after 12 weeks. Two-thirds of all the participants noticed improved wellbeing within six weeks. (Guardian)