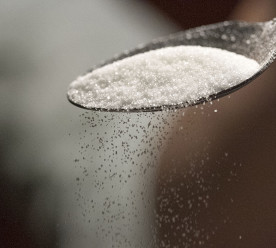 Equifax was alerted to the breach in March but took months to patch it “because of both human error and technology failures”, its former CEO Richard Smith has testified. On March 15, the firm’s information security department ran scans that should have identified any systems that were vulnerable to the software issue but did not. Smith explained he was alerted on July 30, after security personnel noticed suspicious activity and disabled the web application, ending the hacking. He apologized “to the American people” and for the company’s response after the data breach, which was not revealed until September 7. Separately, Equifax has announced that about 2.5 million additional U.S. consumers were potentially impacted, for a revised total of 145.5 million. (Reuters; NY Times)

Facebook and Google promoted false news stories claiming that the shooter who killed more than 50 people in Las Vegas was a Democrat who opposed Donald Trump. Despite the fact that the claims were unproven and coming from non-credible sources, Facebook’s “Safety Check” page – designed to help people connect with loved ones during the crisis – ended up briefly promoting a story that said the shooter had “Trump-hating” views, along with links to a number of other hoaxes and scams, according to screenshots. At the same time, Google users who searched for falsely-identified Geary Danley were at one point directed to a thread filled with false claims. Tech corporations have typically blamed their algorithms against accusations of allowing propaganda to spread on their sites. (Guardian; LA Times)

As of 1st October, sugar firms in the EU can now produce and export as much as they want. Callum MacPherson, Head of Commodities at Investec, said ending the quota – introduced in 1968 – “could result in cost reduction for food, pharmaceutical and other manufacturers who use sugar”, ending in a fall in price for consumers. He also noted that there would be less need to import supplies from places like Africa and the Caribbean. Robert Guichard, President of the Committee of European Sugar Users, said it was a major step towards sustainable supplies of sugar for the food and drink industry. UK’s sole refiner British Sugar said it expects production to increase by 50% annually while companies such as France’s Tereos and Germany’s Suedzucker had previously announced they were preparing for the change. (CIPS)

The Consumer Goods Forum (CGF) is on a mission to help consumers make healthier choices with the launch of a new pilot campaign in Maryland, US. Developed in partnership with Healthy Washington County and CGF members Colgate-Palmolive, Danone, General Mills, Johnson & Johnson, Campbell, Kellogg, Mondelez, Nestlé, PepsiCo, Target, Walgreens and Walmart, the ‘One for Good’ campaign aims to support community members in adopting healthier diets and lifestyles. The campaign will see retail stores promoting healthier products, bearing the ‘One for Good’ logo and messaging, and activities such as health and wellness fairs will also take place to support information sharing around personal health and hygiene. (Sustainable Brands)

Scientists from the Hong Kong Research Institute of Textiles and Apparel (HKRITA) have developed new technology that enables polyester to be harvested from unwanted textiles and recycled into new clothes. For the first time, the technology works for cotton-polyester blended fabrics using a HKRITA-patented chemical solution, the institute announced. The polyester fibres can be made into new garments straightaway with no loss in quality and “consumes 70% less energy”, Dr Gloria Yao, Project Development Director of HKRITA, explained. The new method requires simple equipment that textile recycling companies may already own, and the water used can be recycled. The project is part of HKRITA’s four-year partnership with the non-profit H&M Foundation that began in 2016. (Eco-Business)