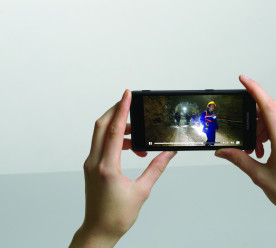 Executives from Facebook, Alphabet’s Google and Twitter have been asked to testify to the US Congress in coming weeks, as lawmakers probe Russia’s alleged interference in the 2016 election, Senate Intelligence Committee sources said. Although the House panel did not immediately identify any companies, a Committee source said lawmakers expected to hear from the same three firms the Senate had asked to testify. Representatives for Facebook and Google confirmed they had received invitations from the Committee but did not say whether the companies would attend. Twitter did not immediately respond to requests for comment. This month, Facebook revealed that suspected Russian trolls purchased more than $100,000 worth of divisive ads on its platform during the 2016 election cycle. (Reuters)

Fairphone, a social enterprise and modular smartphone producer, has secured €6.5 million to scale up its mission to make responsible electronics mainstream through continued innovation, improved working conditions and expansion of its European distribution network. Since its launch four years ago, the company has managed to transparently source all four of the conflict materials (tin, tantalum, tungsten and gold) used in its smartphones, has received top reparability scores from iFixit and achieved the first-ever Fairtrade-certified gold supply chain for consumer electronics. For its latest round of investment, Pymwymic Impact Investing Cooperative and DOEN Participaties selected Fairphone as it aligned with their ambitions for disruptive and circular business models. (Sustainable Brands)

Disabled jobseekers need to apply for 60% more jobs than non-disabled before they find work in the UK, new research has found. Commissioned by charity Scope and based on the survey of 2,000 disabled people, the study showed that more than of half of disabled people have applied for jobs they know they are overqualified for, with a third saying they did so as they consider their disability as less attractive. One disabled person, registered blind after losing sight due to a genetic condition, explained it took her 9 months – and 250 applications – before she get into work, and mentioned that her company supported her special needs through the Access to Work government scheme. Since 2015, Scope and Virgin Media have been working on three national projects to develop technology-based solutions for people with a disability. (Telegraph)

According to new research, the UK higher education sector is unlikely to meet its targets of cutting emissions 43% by 2020 (against a 2005 baseline), while the 24 ‘Russell Group’ top universities, including Oxford and Cambridge, have been the slowest to decarbonise. The ‘Russell Group’ was found to represent more than half of total emissions, except the University of Leeds and University of Birmingham which are set to achieve their target. The report explained that for these universities – often residing in old buildings and hosting energy-intensive research facilities – the challenge is even greater. However, it noted the example of the London School of Economics and Political Science, which used the London Mayor’s ‘RE:FIT scheme’ to invest in energy conservation measures in partnership with energy service company Bouygues. (Business Green)

Nestlé, Unilever, and Procter & Gamble are among the biggest contributors to plastic pollution in the Philippines, Greenpeace has found. Of all the 54,260 pieces of plastic waste collected along a 200-hectare-long coast for a week, multinational companies’ products and packaging, including those of Mondelez and Colgate Palmolive, were responsible for more than half of them (55.69%). Greenpeace Philippines has called for more sustainable solutions to single-use packaging, such as the Extended Producer Responsibility policy, where companies take responsibility for their products after they’ve been used, and substitute non -reusable or -recyclable ones with greener alternatives Nestle stated it was working on several initiatives while Unilever welcomed the findings of the audit and added that they were investing in new technology to address the issue. (Eco-Business)