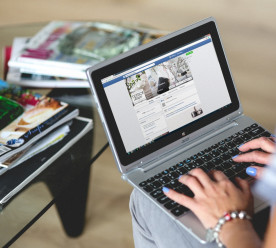 S&P Dow Jones Indices (S&P DJI) and sustainability investment specialist RobecoSAM, have announced the results of the annual Dow Jones Sustainability Indices (DJSI) review. Launched in 1999, the DJSI World is the gold standard for corporate sustainability, which tracks the leading sustainability-driven companies. The results highlight leaders across 24 industry groups, which include Abbott Laboratories in health care equipment & services, Pearson in media, Royal Mail in the transportation industry. David Blitzer, Managing Director of the Index Committee said the events experienced in 2017 have made it “even more important for corporations […] to recognize sustainability, establish policies and manage their businesses” in order to “increase sustainability of the global environment and the world’s leading businesses.”

One novelty in this year’s assessment is the analysis of companies’ policy influence, which revealed that companies spend an average of 0.02% of total sales annually on lobbying activities. It also found that while 70% of companies recognise the need to understand the types of environmental and social profits and losses associated with their business model, operations and product and service portfolio, less than 10% have implemented a valuation approach to gain insights into the potential financial impacts. (RobecoSAM)

More than a third of UK businesses are failing to combat modern slavery, study shows

More than a third of UK businesses (34%) are flouting their responsibilities to combat modern slavery, new data by the Chartered Institute of Procurement and Supply (CIPS) has revealed. Under the UK Modern Slavery Act, enforced in 2015, companies operating within the UK and with a £36+ million annual turnover are required to produce a yearly statement outlining the actions they are taking to combat slavery in their supply chains. Of the 1,288 UK supply chain professionals surveyed, four in 10 (37%) admitted to not having read the government guidance. While one in 10 found evidence of modern slavery in their supply chains –a rise of six percentage points since 2015, only 6% could assert there was no slavery in their supply chain. Cath Hill, CIPS Director, described the figures as “shocking” and urged the Government to adopt “stricter polices and harsher punishments” for businesses, as there is currently no punitive consequences for non-compliance. (Independent; CIPS)

Read more: Human rights – a tipping-point for business transparency by Charlie Ashford and How to write a human rights policy in three easy steps by Taylor Fulton

Facebook says it has discovered a Russian-funded campaign to promote divisive social and political messages on its network. The company said $100,000 (£77,000) was spent on about 3,000 ads over a two-year period, ending in May 2017. While the ads did not back any political figures, they directed users towards around 470 accounts that posted on topics including immigration, race and equal rights that “amplified divisive social and political messages” or were in breach of Facebook’s terms and conditions, the company said. Facebook’s chief security officer Alex Stamos confirmed the accounts in question have now been shut down. The campaign was uncovered as part of Facebook’s internal investigation into ways in which the network may have been abused during the last US presidential election campaign. (BBC)

UK’s biggest companies have been asked to publicly state their support for the government’s approach to Brexit – by signing a letter that praises the Prime Minister’s EU strategy – angering many executives who refused to be “strong-armed” by ministers. The letter says that although “some of us personally supported the remain or leave campaigns at last year’s referendum …, we all share an understanding that Brexit is happening, [and] a commitment to ensure that we make a success of the outcome for the whole country.” Many pointed out that business was still unhappy with several aspects of the Brexit strategy. While the government said the letter had been already signed by companies ranging from sectors as diverse as “technology, financial services and advanced manufacturing”, the initiative has received criticism among ministers. (Financial Times)*

Swedish furniture retailer Ikea has announced it will give four weeks of paid paternity leave to all fathers with newborns in its stores and offices within South-east Asia, including Singapore, thereby doubling the duration of such leave funded by the Singapore government. These fathers have to be Singapore citizens, be lawfully married to the baby’s mother between the child’s conception and birth and can claim this benefit no matter how many children they have. Previously, only one week of paternity leave was made compulsory, while some companies offered an extra week on a voluntary basis. Additionally, since July 1st, working fathers may apply to share up to four weeks of their wives’ 16 weeks of government-paid maternity leave – against one week before the revision. (Today Online)