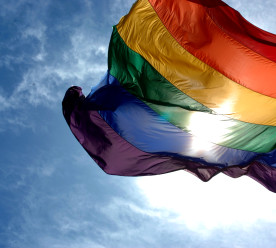 The UN Human Rights Office has unveiled new global standards for business to tackle discrimination against lesbian, gay, bi, trans and intersex (LGBTI) people. Accenture, BNP Paribas, Coca-Cola, Deutsche Bank, EDF, Gap, IKEA, Microsoft, Oath and Spotify are among the early adopters of the Standards of Conduct, which build on the UN Guiding Principles on Business and Human Rights. UN Commissioner for Human Rights Zeid Ra’ad Al Hussein called on companies to promote LGBTI inclusion in the workplace and beyond by establishing anti-discrimination policies and grievance mechanisms. In addition to calling on companies to respect human rights, eliminate discrimination and support LGBTI employees, the Standards encourage companies to eliminate discrimination against LGBTI customers, suppliers and distributors, and stand up for LGBTI rights in countries where they operate, through advocacy and support for local organisations. (World Economic Forum; Linkedin)

On Monday 2 October at 10am, more than 4,500 stores across the UK, as well as 14 Intu shopping centres, will dim their lights, turn down the music and share information about autism as part of the first UK-wide Autism Hour. Initiated by the National Autistic Society (NAS) in partnership with Intu, the event will take place across Marks & Spencer, Clarks, Superdrug, John Lewis, Toys ‘R’ Us, Sainsbury’s and Mothercare. Mark Lever, chief executive at the NAS, said 64% of autistic people avoid going to the shops, while 28% have been asked to leave a public place. He is encouraging autistic adults, children and their families to attend the event in their local area by consulting an interactive map. (Campaign; Retail Gazette)

Revealed: Sustainability reporting performance of the FTSE 100, IBEX 35 and CAC 40

Environmental consultancy Carbon Clear has published its assessment of the 2017 Sustainability Reporting Performance of Europe’s largest companies listed on the London Stock Exchange (FTSE 100), Madrid Stock Exchange (IBEX 35) and, for the first time, France’s Euronext Paris (CAC 40). With a score of 90%, Marks & Spencer tops the FTSE 100 ranking but is also the highest-scoring company across all three indices. Among IBEX 35 constituents, Acciona received the top score (89%) while Schneider Electric tops the CAC 40 with 79%. The report says that, in the UK, consumer preference and market factors such as the cost of renewables have been key drivers for sustainability reporting. In France, legislation to report on ESG-climate risks has increased pressure on companies while benchmarking and reporting frameworks have been advancing the environmental agenda in Spain. (Carbon Clear News)

3 in 4 Singaporean investors look for social impact of investments

According to a worldwide survey by Natixis Global Asset Management (Natixis), 84% of Singaporean investors look at environmental, social, and governance (ESG) factors when making investments. 73% think of investing in companies with positive social impact, while 75% also consider investing in those with a good environmental record – higher than the global average (72%). According to Madeline Ho, Executive Managing Director at Natixis, “the findings suggest that while returns still matter to investors, social justice has also risen to become an influential aspect of modern consciousness”. About 76% of surveyed investors said they are likely to sell shares of a company with negative environmental or ethical issues that would “violate their principles”. (Singapore Business Review)

Dyson to make electric cars from 2020

Dyson, the engineering company best known for its vacuum cleaners and fans, has announced its plans to spend £2 billion developing a “radical” electric car, due to be launched in 2020. The firm said 400 staff have been working on the secret project for the past two years at its UK headquarters, although the car does not yet exist, and no prototype has been built. Founder James Dyson declined to give further details of the project in order “to keep the specifics of our vehicle confidential”. The firm has not revealed its expected annual production total or the cost of the car. Sir James said about £1 billion would be spent on developing the car, with another £1 billion on making the battery. (BBC)