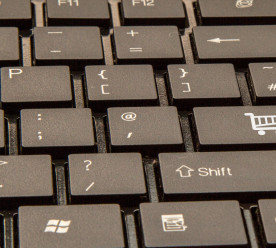 The owner of Burger King has pledged to eliminate deforestation from its supply chains by 2030, but scientists say the company is not moving fast enough to stop the destruction of rainforests and the communities who depend on them. Restaurant Brands International (RBI), one of the world’s largest fast-food restaurant operators, has been criticised by activists for buying soy and beef from newly deforested land in Brazil and other South American countries. A scorecard ranking companies on their efforts towards zero-deforestation beef, produced by the Union of Concerned Scientists (UCS), last year awarded Burger King zero points out of a possible 100. In its first sustainability report, RBI has committed to making sure its suppliers stop clearing primary forests or disturbing lands with a high conservation value by 2030. But the UCS described the company’s environmental pledges as “embarrassingly weak”, and said RBI should commit to ending deforestation in its supply chain by 2020 in line with other large restaurant chains. (Reuters)

BASF, Cargill, P&G partner for sustainable coconut oil in the Philippines and Indonesia

BASF, Cargill, Procter & Gamble and the German development agency GIZ have joined together in a development partnership under the develoPPP.de programme by the German Federal Ministry for Economic Cooperation and Development. The partnership will help establish a sustainable certified and transparent supply chain of coconut oil in the Philippines and Indonesia. The majority of coconut farmers in the two countries are smallholders and tenants, who are seldom organised in functioning farmer groups and cooperatives. The development partnership hopes to increase incomes and self-sufficiency by improving the productivity of each farm. This will be achieved through trainings, enhanced farm management skills and the strengthening of farmer groups. Around 800 smallholder farmers will receive training on the Sustainable Agriculture Network standards in order to apply for Rainforest Alliance certification. (Just Means)

The European Union has handed Google a record-breaking €2.42 billion fine for abusing its dominance of the search engine market in building its online shopping service. By artificially and illegally promoting its own price comparison service in searches, Google denied both its consumers real choice and rival firms the ability to compete on a level playing field, European regulators said. The decision means that the Silicon Valley giant is now also liable to face civil actions for damages by any person or business affected by its anti-competitive behaviour. Google immediately rejected the commission’s findings, and signalled its intention to appeal. Meanwhile, the EU regulator is further investigating how else the company may have abused its position, specifically in its provision of maps, images and information on local services. (Guardian)

Burberry has moved to quell a fresh row over executive pay, as the luxury brand’s new finance director opted for a pay cut and the board scrambled to explain its decision to hand a multimillion pound share award to its outgoing chief executive. Shareholder advisory group ISS advised clients to vote against the trench-coat maker’s remuneration report at the AGM next month despite the concessions, complaining of “generous” pay for executives who would sometimes be rewarded for hitting the same goals twice. The criticism follows a 2014 revolt in which more than half of Burberry’s investors voted down the company’s remuneration report in protest at a lavish pay deal. (Financial Times*)

Researchers at Cornell University have developed a new technique to turn food waste into fuel in record time. While traditional food-to-fuel technologies rely on anaerobic digestion, Cornell is employing ‘hydrothermal liquefaction’ to rapidly turn food scraps into bio-oil. The process places food scraps under a moderate temperatures and high heat, leaving a watery liquid which can then be subjected to anaerobic digestion to convert the waste into methane and generate commercial amounts of electricity or heat. Meanwhile, a new European Commission-funded project is pushing the envelope on 3D printing, fuelling innovation with food. Project BARBARA – whose participants include agricultural company Cargill – has found a way to use biomass materials at an industrial level. The new technology uses biomass plastics to create materials for automotive and construction industries. (Sustainable Brands)