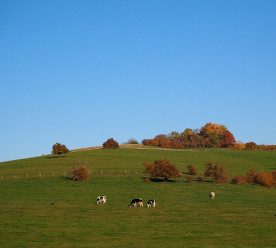 Report: AI will eliminate 6 percent of jobs in five years

Within five years robots and so-called intelligent agents will eliminate many positions in customer service, trucking and taxi services, amounting to 6 percent of jobs, according to a report by market research firm Forrester. Intelligent agents, chat bots and digital assistants include Amazon‘s Alexa, Apple‘s Siri, Google Now and Facebook‘s Messenger bots. They can already understand a person’s behaviour, interpret their needs and even make decisions for them. AI-based services and apps will eventually change most industries, resulting in a redistribution of jobs, Forrester says. Facebook and Google are soaking up top talent and building huge bodies of data to train algorithms that will power all kinds of new services. By 2021, others will tap those tools to scale their business and steal customers from competitors, the report found. (CNBC)

A new scorecard released today examined thirteen global fast food, retail and food manufacturing companies and found that even the top-scoring of the group are failing to protect South American tropical forests. The scorecard and the accompanying report evaluate the deforestation policies and practices of 13 fast food, retail, and manufacturing companies with presence in the US marketplace and source beef from South America. While some have begun to take steps toward zero-deforestation beef, the Union of Concerned Scientists (UCS) says that none have gone far enough. Out of the 13 companies, four received zero points out of a possible 100, and six received less than 30 points. Even the three companies that scored highest — Walmart, McDonalds, and Mars— fell well short of a “strong” rating, with scores of just 52, 48 and 37, respectively. (Sustainable Brands)

The world’s energy sector is at risk from extreme weather, increasing water stress and the growing threat of cyber-crime, according to a new report by the World Energy Council (WEC). Extreme weather events have increased by a factor of four over the past 30 years, while 98 per cent of global power supplies depends on the plentiful supply of water, a resource becoming ever scarcer. The report sets out seven key recommendations for improving stability in energy systems, including greater diversity of supply sources, improved regulations and more transparent analysis of risks. “Resilience is no longer just about returning single assets to full operation after a disruptive event… The system as a whole is at risk of being deadlocked,” said Christoph Frei, secretary general of the WEC. (Business Green)

Renewables provided more bang for the buck last year because the cost of installations and financing declined, helping reshape the direction of the energy industry for decades to come, the International Energy Agency (IEA) said. Renewables took 70 percent of expenditures in generation in 2015, attracting more than 2 ½ times more than fossil fuels such as oil and coal. New nuclear reached the highest level in over two decades. Companies outside the energy business are also pouring money into renewables. The IEA counted at least 23 companies, including Apple and Facebook, that have signed contracts to buy clean power in North America in 2015. (Bloomberg)

UK MPs have called on Sports Direct to end its relationship with recruiter Transline, which supplies workers for the retailer’s Shirebrook warehouse, over fears that the employment agency misled a parliamentary inquiry. Iain Wright, Labour MP and chair of the business, innovation and skills select committee, has written to Sports Direct founder and majority shareholder Mike Ashley saying he believed Transline was not candid about the reasons for its lack of an operating licence. The committee has asked Transline to confirm if its licence was refused by the GLA watchdog because directors were found not to be “fit and proper persons”. (Guardian)