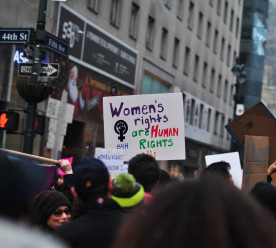 In conjunction with a consortium of over 40 private companies, NGOs, governments and scientific institutions, the consulting group Quantis has announced the release of the Land Use Change Guidance: Accounting for Emissions in the Supply Chain. The pilot guidance aims to provide a streamlined approach to support companies in accounting for the climate change impacts of land use changes such as deforestation, and help them set science-based reduction targets and communicate their actions. Quantis has called for companies to participate in pilot programmes to identify potential gaps and refine the methodology. The key findings will serve as the cornerstone for the release of the final guidance in 2018. Companies which have partnered with the initiative include Danone, General Mills, L’Oreal, Mars and PepsiCo. Last week, Mars announced a new target to “hold flat” total land use across its entire value chain. (Sustainable Brands)

In a letter signed by over 40 chief executives, including those of Gap, Mars and P&G, international NGO CARE has called on US Secretary of State Rex Tillerson to prioritise the rights of women and girls globally. The letter highlights the critical need to expand opportunities for women and girls through US foreign policy and development assistance, in order to enable them to participate in the global economy. CARE says that linking women and girls to skills and opportunities can empower families and communities, as women re-invest in education, health care and family businesses. As the Department of State is seeking to maximize efficiency and effectiveness in US investments, CARE and its partners are calling to select candidates who demonstrate both commitment and understanding of the issues affecting women and girls globally. (CARE Newsroom)

As a wave of sexual harassment scandals has swept across Silicon Valley, investors (known as limited partners) have been struggling with how to react when venture capital firms they invest in are hit by misconduct allegations. One venture firm, Binary Capital, was the latest to suspend operations after revelations that its co-founder harassed female entrepreneurs. How diversity affects performance in the private capital world has suffered from a lack of research and transparency. Many limited partners are hesitant to raise diversity issues, fearing it could threaten the best deals. The Institutional Limited Partners Association is drafting new guidelines to help investors do better due diligence on venture capitalists. However, Freada Kapor, co-founder of social impact investment fund Kapor Capital, said she is yet to see signs that “the core dynamics of the industry” are being looked into. (Financial Times)*

The investment management firm Vanguard Group, the world’s second-largest provider of index funds, has revealed details of its voting record for the last six months. It shows that Vanguard for the first time defied management to vote in favour of enhanced climate disclosures, including in the shareholder votes of oil giants Exxon Mobil and Occidental Petroleum. Vanguard said this reflects its intention to take more “public positions on select governance topics,” naming climate risk and gender diversity as the two defining themes of its investment approach in the coming years. Its announcement comes as other asset managers also push for greater disclosure, with investment giant BlackRock putting new pressure on companies earlier this year to explain themselves on climate change and boardroom diversity. (GreenBiz)

The National Employment Savings Trust (NEST), the workplace pension scheme set up by the UK government, has urged investment managers to push for higher environmental and corporate governance standards. NEST, which provides 5.4 million UK workers with pensions through its £2 billion portfolio, has revealed it has withdrawn £27.2 million of investments in the past year from companies it said were not making sufficient progress towards the low carbon economy transition. Instead it invested the sum in companies it said were better positioned, including PG&E, Iberdrola, Vestas, and Siemens Gamesa. By the end of the first quarter of 2017, NEST said it had supported 291 votes against the management of companies, including against executive pay at Barclays and in response to “poor progress” on gender diversity at Glencore. (Business Green)