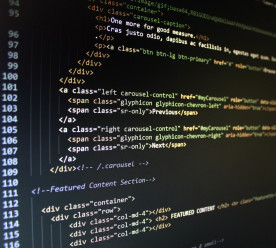 Equifax, a provider of consumer credit scores, has revealed that personal details of as many as 143 million U.S. consumers were accessed by hackers between mid-May and July, in what could be one of the largest data breaches in the U.S. The Atlanta-based firm stated that a U.S. website application vulnerability was exploited to access to certain files that included names, Social Security numbers, driver’s license numbers as well as the credit card numbers of around 209,000 U.S. consumers. Information of some UK and Canadian residents was also gained in the hack. U.S. Senator Mark Warner, Vice Chairman of the Senate Select Committee on Intelligence, qualified such breach as “a real threat to the economic security of Americans”. Equifax handles data on more than 820 million consumers and more than 91 million businesses worldwide, according to its website. (Reuters)

The Food and Drug Administration (FDA) this week accused the drugmaker Pfizer of failing to properly investigate reports of malfunctioning EpiPens, which treats allergic reactions, following numerous complaints about problems with activating the device during life-threatening emergencies. A spokeswoman for Pfizer, Kim Bencker, stated that the firm was “very confident in the safety and efficacy of EpiPen products being produced at the site” and that they had “no information” showing the causal connection between the complaints and patient deaths. According to the FDA, data showed the products had failed in situations in which patients subsequently died. It noted that Pfizer and EpiPen-manufacturer Mylan recalled 13 lots of the earlier this year for products sold in the U.S. and following multiple discussions with the FDA and the inspection of the manufacturing facility. (NY Times)

The Green Investment Group (GIG) – formerly the Green Investment Bank until it was sold to Australian bank Macquarie – has announced its first investment, providing £38 million to energy-from-waste firm Wheelabrator Technologies to help fund the construction of the new plant in West Yorkshire. It forms part of a £207 million loan from a syndicate of lenders – MUFG, Crédit Agricole Corporate & Investment Bank, Investec Bank and Banco de Sabadell – that is funding the construction of Ferrybridge Multifuel 2. It is expected to start running in 2019 and to process around 675,000 tonnes of waste every year to generate electricity for around 160,000 homes. Wheelabrator Technologies claims the plant will cut methane emissions from landfill and help displace fossil fuel based generation.  Edward Northam, Head of the GIG, said “this first transaction under Macquarie ownership builds upon our well-established investment strategy”, as the bank has insisted it would continue to uphold the body’s core green ethos despite private ownership. (Green Business)

Business leaders and global experts have gathered to discuss how the private sector can advance the recommendations of the UN Secretary-General’s High-Level Panel (HLP) on Women’s Economic Empowerment. Most of the 150 attendees agreed that women’s economic empowerment is a matter of human rights, and that businesses need to step up efforts in support of this agenda, a poll revealed. Purna Sen, UN Women Director of Policy and Deputy HLP member highlighted that the HLP reports made important connections between ending gender-based violence and discrimination and achieving economic justice and rights. Nana Asantewa Afadzinu, Executive Director of the West Africa Civil Society Institute (WACSI), called to think beyond ‘quick fixes’ towards long-term investments, in her context, to work with “community and religious leaders” in order to “shift cultural norms”. (UN Women)

The Centre for Sustainability Excellence (CSE) has released its second annual ‘Sustainability Reporting Trends in North America’ report, which for the first time includes a comparative analysis of companies that publish sustainability reports with the highest scores presented on CSRHub. Based on trends from 551 companies in Canada and the U.S. during the 2014-2016 period, the report found that companies with the highest ratings demonstrated higher financial performance, with public companies accounting for 79% of all sustainability reports. A regional comparison however revealed that North America lagged behind Asia, Europe and Latin America, where the level of engagement in sustainability increased while this of North America fell. It also found that leading Fortune 500 companies do not systematically seek external assurance of their reports, with only 32.5% of all reports externally assured. (Sustainable Brands)