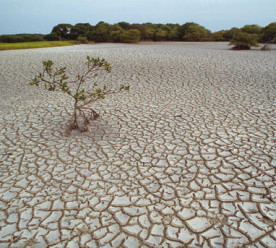 Only six of the world’s largest food companies – Coca-Cola, General Mills, Kellogg, Nestlé, PepsiCo and Unilever – have set sustainable water-sourcing targets for the majority of their agricultural inputs, according to the latest ‘Feeding Ourselves Thirsty’ report by investor-backed group Ceres. Based on the review of water risk disclosures and management efforts of the 42 largest food companies, the report found that 50% are still not demonstrating that their boards of directors are “exercising oversight” on water-related issues.  Although more companies have been found to assess water risks since 2015 – with 85% of now citing water as a material risk – the report found that some parts of the supply chain are lagging far behind in the quality of their water risk management. Anne Sheehan, director of corporate governance at giant US pension provider CalSTRS, predicted the new report would be used by institutional investors to put pressure on firms that fail to adequately address water risks. (edie, Business Green)

UN Women has launched the Global Innovation Coalition for Change (GICC), an alliance of 22 partners from the private, non-profit and academic sectors that aims to drive industry-wide action to make innovation and technology work better for women and girls. The partnership will identify the key industry-specific barriers to women’s advancement in innovation and entrepreneurship and stimulate collaboration to respond to these barriers notably through sharing good practices and target investment for specific innovations. Innovation and technology offer enormous opportunity for women, girls and societies to thrive. According to a GSMA survey, closing the gender gap in mobile phone ownership and usage could provide women with access to education, health and financial services, while unlocking an estimated $170 billion in market opportunities for the mobile industry by 2020. (UN Women)

In the Caribbean, rebuilding nations — and the tourism industry

In the aftermath of the devastating hurricane Irma, Caribbean islands are wondering if they will ever be able to restore the islands to the former magnets they were. Travel and tourism in the Caribbean support more than 2.3 million jobs and represents the higher share of the region’s GDP than it does in any other region, according to the World Travel & Tourism Council. In the island of Barbuda, an estimate of 95% of the structures are seriously damaged or destroyed, while St.Martin and Anguilla are practically uninhabitable, as shortages of food and water are rising. Officials said many immediate emergencies that need to be addressed before rebuilding starts, such as restoring electricity services, providing drinking water and reopening ports and airports. Frank J. Comito, CEO of the Caribbean Hotel and Tourism Association, said the region would need “sustained participation” by both the public and private sector to ensure a complete recovery. (NY Times)

Volkswagen, the world’s largest automaker by sales, has announced its plan to invest more than 20 billion euros in zero-emission vehicles by 2030 to challenge pioneer Tesla in creating a mass market. The plan, “roadmap E”, will launch the roll out of 80 new electric cars by 2025 and offer an electric version of each of its 300 group models by 2030. A tendering process has started to select partners in China, Europe and North America to provide battery cells and related technology. “A company like Volkswagen must lead, not follow,” Chief Executive Matthias Mueller said. Growing restrictions and charges for diesel and gasoline vehicles are spurring the rise of electric cars, with China – the world’s largest automotive market – as the latest in date to consider stopping the production and sale of combustion engine vehicles, echoing moves by Britain and France. (Reuters)

Halfords and the financial services company Prudential have been criticised for employing young jobseekers without pay for six weeks or more under a government-backed scheme introduced in 2013. Some smaller businesses and training providers such as Smart Training have also pushed schemes that last as long as six months. Traineeships, designed to offer 16 to 24-year-olds a mix of work experience and classroom-based training, have been scrutinised as UK jobcentres plan to sanction young people if they refuse to join a traineeship, apprenticeship or work experience. David Webster, an honorary senior research fellow at Glasgow University said compulsory placements were likely to lead to lower-quality training schemes, without helping people into work. (Guardian)