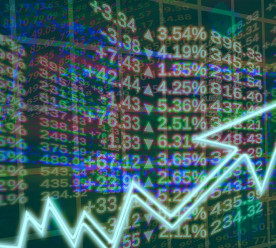 BlackRock vows new pressure on climate and board diversity

BlackRock, the world’s largest asset manager, planned on Monday to put new pressure on companies to explain themselves on issues including how climate change could affect their business as well as boardroom diversity. This could bolster efforts like climate-risk disclosure practices developed by the Financial Stability Board, the international body that monitors and makes recommendations about the global financial system. BlackRock also said it will expect that at companies in sectors associated with climate risk such as oil producers, miners or real estate companies, all directors should “have demonstrable fluency in how climate risk affects the business” and how a given company will address it.  As a result of BlackRock’s new initiative, Tim Smith – who leads shareholder engagement efforts at Walden Asset Management in Boston – said Walden and others including a Seattle city employees’ retirement system have withdrawn a proposal calling for the fund giant to review its proxy-voting process and record on climate change. BlackRock said it also plans to focus on uneven wage growth. “They have made a turn in the road,” said Smith. (Reuters)

Volkswagen pleaded guilty Friday to fraud, obstruction of justice and falsifying statements as part of a $4.3 billion settlement reached with the Justice Department in January over the automaker’s diesel emissions scandal as referred to the 2015 disclosure. It was the first time the company has pleaded guilty to criminal conduct in any court in the world, a company spokesman said. In total, VW has agreed to spend up to $25 billion in the United States to address claims from owners, environmental regulators, states and dealers and offered to buy back about 500,000 polluting U.S. vehicles. U.S. District Judge Sean Cox accepted the company’s guilty plea to conspiracy to commit fraud, obstruction and entry of goods by false statement charges and set an April 21 sentencing date, where he must decide whether to approve the terms of the plea agreement. The terms include sweeping reforms such as new audits and oversight by an independent monitor for three years on VW vehicles. (Washington Post)

The first-ever public ranking of corporate human rights performance launched today, seeking to highlight the moral and commercial advantages for companies with a strong human rights record. BHP Billiton, Marks & Spencer, Rio Tinto, Nestlé, Adidas and Unilever were identified as some of the top performers, while Costco Wholesale, Macy’s, Grupo Mexico and Yum! Brands were among the brands with the lowest scores. The Corporate Human Rights Benchmark covers and is led by investors and non-profit groups and analyzes 98 companies from three high-risk industries — agricultural products, apparel and extractives. It examines companies’ policies, governance, processes, practices and transparency, as well as how they respond to serious allegations of human rights abuse, as based on publicly available information from company websites, documents and additional company input to The Benchmark Disclosure Platform. As such, some companies may have non-public human rights, policies, processes and practices which would not be taken into account in the benchmark, provided that investors are encouraged to use the CHRB’s results in their analysis of companies and investment decision making, including the identification of key human rights risks. (Sustainable Brands)

Welsh Government has announced a £6.5-million fund to help the country move towards a circular economy by increasing reuse and recycling. The Circular Economy Capital Investment Fund is intended to help small and medium-sized enterprises (SMEs) make the transformation towards a circular economy – keeping resources in circulation instead of being burned or ending up in landfill. Building on the country’s £14-million Accelerating Reprocessing Infrastructure Development (ARID) project, the new £6.5-million fund will begin in 2019. According to the Welsh Government, the ARID project helped businesses create 178 new jobs, reduce, reuse or recycle 399,000 tonnes of waste and avoid 79.5 kilotonnes in carbon emissions. More recent studies have suggested that the adoption of a circular economy could save the Welsh economy up to £2 billion and has the potential to create up to 30,000 jobs. In its waste strategy, ‘Towards Zero Waste’, the Welsh Government set a target of recycling 70 per cent of waste by 2025 and 100 per cent by 2050. (Resource)

Supermarket chain, Sainsbury’s, has rebuffed reports by The Guardian that it intends to “scale back” its ambitious target to get consumers to halve their household food waste, as the retailer was finding it “more difficult than expected” to achieve behavioural change. Sainsbury’s, however, has said all reports are “entirely inaccurate”. The retailer has claimed that it has “just invested a further £1m to take the campaign out across the UK” and that they will remain well-committed to keep on helping to boost savings on food waste. “As we started our extensive trial year in Swadlincote, we had an ambition to help households to reduce food waste by up to 50%. This was always a very stretching ambition – and we will find out the results in May when we’ve done the full analysis”, it stated. These results will be evaluated by WRAP. The Guardian on the other hand reported that the trial had been abandoned as the target is “unlikely to be met”. (Chartered Institution for Wastes Management)