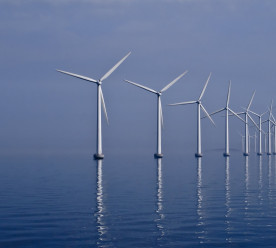 A report, by the NYU Stern Center for Business and Human Rights:  Putting the ‘S’ in ESG: Measuring Human Rights Performance for Investors, co-authored by Casey O’Connor and Sarah Labowitz, examines 12 leading frameworks for assessing companies’ social practices and impacts. It finds that current measurement is overly deferential to companies to voluntary disclose the efforts they undertake on a wide range of poorly defined “social” activities, rather than measuring their real-world effects. Casey O’Connor, Sani Fellow at the Center for Business and Human Rights states: “many investors remain on the fence about when and how to incorporate these factors into their analysis. Overcoming this skepticism and confusion will require better data that help investors identify which companies are social leaders and why these companies make for better long-term investments.” With this in mind, the report not only outlines several principles for improving companies’ social measurement but it also lays out a series of recommended next steps for key stakeholders including companies themselves, investors, and the creators of measurement frameworks. (NYU Stern)

Oil giant Shell has announced deals worth $7.25bn to sell all its interest in the Peace River Complex of oil sands and reduce its 60 per cent share in the Athabasca Oil Sands Project (AOSP) to 10 per cent, although it will continue to operate an upgrading plant and the Quest carbon capture and storage (CCS) project in the country. The deals are expected to close this summer, pending regulatory approval. “This announcement is a significant step in re-shaping Shell’s portfolio in line with our long-term strategy,” Shell’s chief executive Ben van Beurden said in a statement. The latest news was announced on the same day as Shell’s annual results, which saw the oil giant enact changes to its executive pay policy to introduce new criteria for greenhouse gas management. Performance against greenhouse gas targets now form 10 per cent of Shell’s bonus scorecard, with a focus on three business areas: refining, chemical plants and flaring in upstream assets. (Business Green)

The Scottish government has given planning consent for one of the world’s largest floating offshore wind farms. The 50MW eight-turbine Kincardine Offshore Windfarm will be constructed nine miles (15km) south east of Aberdeen. Ministers said that once operational, it would have the capacity to power the equivalent of almost 56,000 homes. About 110 jobs are expected to be supported during assembly, installation and ongoing operations. Energy Minister Paul Wheelhouse added: “With 25% of Europe’s offshore wind potential, and through development with due regard to our natural environment, Scotland is uniquely and strongly positioned to maximise the economic and environmental benefits that the technology can deliver, which will help us progress towards our carbon emission reduction targets. Lang Banks, director of WWF Scotland, said: “The continued development of floating turbines in Scotland is encouraging as it could enable us and other nations to secure even more clean power from offshore wind.” (BBC)

The World Wildlife Fund (WWF) recently recognized IBM as an early leader in setting greenhouse gas emission reduction goals. In its new report Corporations: Unlikely Heroes in America’s Quest for Climate Action, WWF describes how companies like IBM know they can save money by becoming more efficient, securing less-expensive renewable energy, and reducing market volatility risk while lowering emissions. Wayne Balta, IBM’s vice president for Corporate Environmental Affairs and Product Safety declared: “IBM is working with utility providers, wind and solar developers, and our industry peers around the globe to exceed our goal to purchase 20 percent of our electricity from renewable sources by 2020.” “We also have developed analytics and cognitive based IT solutions to enable utilities and grid operators to better integrate renewable electricity generated from wind and solar projects into the electricity grid.” (Citizen IBM Blog)

A report from the Dutch multinational banking group ING has analysed the circular potential in six regions including California, Netherlands and Bangladesh. The study found that circular water measures, ranging from water demand reduction to increasing water availability through re-use and retention, can significantly reduce water shortages. The report reads: “Business opportunities arise across the whole water supply chain.  The ING research states that circular economy approaches can provide an alternative to desalination projects, which often generate considerable carbon footprints. Water demand will outstrip the sustainable water supply in 2040 by 35% if no changes are made, according to research, with a World Resources Institute (WRI) report from 2015 also suggesting that, by 2040, 33 countries would be at risk from water-stress. Last November, businesses were issued a “wake-up call” by a CDP report which revealed that water risks fuelled by climate change cost the private sector $14bn (£11.3bn) over the previous year. (Edie)