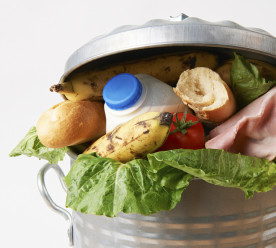 It may be famous as the world’s largest furniture retailer, but IKEA also serves food to 650 million customers each year. As such the company yesterday announced it was extending its wide-ranging sustainability efforts to include a new initiative to cut food waste across its stores by 50 per cent by the end of fiscal year 2020. The company said the new Food is Precious initiative will slash food waste levels by extending a successful trial, initially piloted in the UK, across all its 400 stores operating in 48 markets. The pilot scheme saw a smart scale-based technology deployed in IKEA’s UK and Ireland stores to measure food waste and identify areas where savings can be made. The company said the approach has already saved food waste equivalent to over 176,000 meals. The company also announced yesterday that it has joined the Champions 12.3 coalition, which brings together businesses, governments, and NGOs working to deliver the UN’s Sustainable Development Goal on food waste. (Business Green)

Tesco has been ordered to pay more than £8m in fines and costs after a 2014 pollution incident which saw petrol from one of its Lancashire filling stations leak into local rivers and sewers. Announcing the fine late last week, the Environment Agency said the incident had a “massive impact” on the local community and environment, with some local residents having to leave their homes due to petrol odours coming from the sewer network. After an investigation of the leak, the Environment Agency found Tesco had failed to address a known issue with part of the fuel delivery system, while an inadequate alarm system was also compounded by poor emergency procedures. As a result, Tesco was last week fined a total of £8m after the company pleaded guilty to several charges. (Business Green)

Allergen triggers recall and disposal of millions of pounds of food

Millions of pounds of processed food sold by Conagra, Tyson and Gourmet Boutique have been recalled due to the presence of an undeclared allergen. According to the U.S. Department of Agriculture, a supplier notified the three manufacturers that bread crumbs that had been sold to the companies apparently had milk in them, but this allergen was not declared in the product ingredients. Under federal US law, companies must declare specific allergens, such as milk, on product labels. The USDA is urging consumers who have purchased any of the products listed to either return them to the store or throw them out. About 3,480,000lbs of products have been recalled. According to recent studies, the number of food recalls in the United States has quadrupled in the last five years and that spike in incidents is being attributed in part to the increasing globalization of supply chains that must keep pace with local and national food policies. (Triple Pundit)

Ecuadorian indigenous villagers and their lawyer today said the U.S. Supreme Court made a “grave mistake’” in refusing to hear evidence that Chevron committed a massive fraud to evade paying a $12 billion Ecuador pollution judgment. This followed the U.S. Supreme Court handing a victory to Chevron by preventing Ecuadorean villagers and their American lawyer from trying to collect a $8.65 billion pollution judgment issued against the oil company by a court in Ecuador. The villagers, however, vowed to collect their judgment in Canada where that country’s Supreme Court already has denied a Chevron attempt to block an enforcement action. The original judgment against Chevron, for $9.5 billion for environmental damages, has since risen to roughly $12 billion given statutory interest in Canada. (CSR Wire)

Multi-national bank, Barclays and four former directors including ex-chief executive John Varley have been charged with conspiracy to commit fraud during the £11.8bn emergency fundraises the bank undertook to avert a bailout during the financial crisis. The UK’s Serious Fraud Office (SFO)said that the bank and the former directors had been charged with conspiracy to commit fraud by false representation in the lender’s dealings with Qatari investors. The5 year SFO investigation into Barclays has centred on £322m in payments that Barclays made to Qatari investors during the fundraises that were dubbed “advisory services agreements”, as well as the $3bn loan. The move by the SFO is hugely significant as they are the first criminal charges brought against either a bank or top executives over events during the 2008 crisis, which brought the banking system to its knees. Barclays and the former directors will appear in Westminster Magistrates’ Court on 3rd July.  (Telegraph)

Image Source: Fresh food in garbage can by USDAGOV at Flickr. CC 2.0