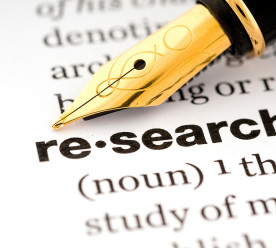 The annual Harris Poll Reputation Quotient, which quantifies reputation ratings for the 100 most visible companies in the US, has been released. In the study, US consumers rated Amazon, Wegmans, Publix Super Markets, Johnson & Johnson and Apple as the top companies for corporate responsibility efforts. Monsanto, Wells Fargo and Goldman Sachs scored the bottom three spots. Forty percent of those surveyed said they believe companies are motivated to engage in social responsibility activities for the ‘wrong reasons’, such as bolstering their image and capitalising on publicity opportunities, and are not truly focused on the effectiveness of their CSR efforts. But forty-five percent believed companies were primarily motivated by their responsibility to do what’s right. The report concludes that companies’ CSR efforts must be authentic and true to their values, in order to avoid consumers’ mistrust. (Sustainable Brands)

British supermarkets scrambled to remove certain brands of corned beef from their shelves this month after it was found that they might be tainted by links to slave labour in Brazil. Yet several other everyday items carry increased risk of links to slavery, according to new research by risk analysis firm Polecat. The firm analysed around 30 million social media posts and over 300,000 online sources daily, over the course of 90 days. The research picked up on ‘risk-based language’ to find that tea, coffee, coal, sugar and tobacco are among the top eight products that have an increased risk of slavery links. The analysis also references particular geographical hotspots, including coal from North Korea, gold from Tanzania and cotton from Uzbekistan. Polecat co-founder Bronwyn Kunhardt said the task of monitoring global supply chains for modern slavery is extremely complex and requires new approaches. “Interrogating social media and unstructured data plays a crucial role in identifying potential threats and red flags in real time,” said Kunhardt. (Thomson Reuters Foundation)

A chemical found in CDs, DVDs, kettles and water bottles could soon be restricted after the EU authorities ruled that it posed a threat to human health because of its effects on hormones. The European chemicals agency voted unanimously that bisphenol A (BPA) was an ‘endocrine disruptor’, linking it to a range of hormone-twisting health effects including cancer, learning difficulties and diabetes. The substance has already been singled out for its toxicity to the human reproduction system. The Green law group ClientEarth, which contributed to a 20-year battle against BPA, said the decision was “historic” and called for rapid action by the authorities. BPA is one of the world’s best-selling chemicals, with 3.8 million tonnes of the substance produced in 2006, around a third of which was sold in Europe. (Business Green)

A new partnership between Braskem, the largest thermoplastics resins producer in the Americas, Sealed Air Corporation, a packaging, cleaning and hygiene solutions company, and Naturepedic, a manufacturer of certified organic bedding, is aiming to help consumers lead a more sustainable lifestyle – in their sleep. Together, the partners have developed a first-of-its-kind formula for renewable mattress foam. Braskem’s ‘I’m Green Polyethylene’ is a bio-based resin made from sustainably produced ethanol derived from Brazilian sugarcane – resulting in a material with a negative carbon footprint. From a cradle-to-gate lifecycle perspective, the use of the material in one tonne of foam equates to 3.09 tonnes of CO2 captured from the atmosphere. The first application of the polyethylene foam will be Naturepedic’s crib mattresses. (Sustainable Brands)

A Belgian court has ruled that advertising claims about the health and environmental benefits of a palm oil-free “Choco” spread were illegal, in a case brought against the supermarket chain Delhaize by Ferrero, which manufactures Nutella. Ferrero argued that the Delhaize campaign unfairly damaged its iconic Nutella brand, which was placed next to the Choco spread on the supermarket’s shelves. At issue is a short-lived Delhaize advertising campaign in 2013, which claimed that the Belgian outlet’s best-selling Choco spread was better for the planet and for consumer health because it contained no palm oil. Ferrero argued this implied that firms which used sustainable practices for buying palm oil within existing supply chains were ethically inferior. Delhaize has been ordered not to repeat its claims, on pain of a €25,000 fine for each repetition. (Guardian)