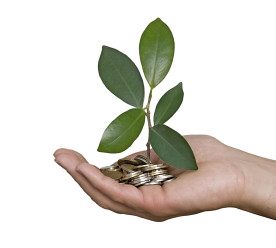 Sweden’s largest national pension fund, AP7, has sold its investments in six companies that it says violate the Paris climate agreement, a decision environmentalists believe is the first of its kind. AP7, which provides pensions to 3.5 million Swedes, said it had sold out of ExxonMobil, Gazprom, TransCanada Corp, Westar, Entergy and Southern Corp, and would no longer invest in companies that operate in breach of the Paris climate accord. AP7 said the companies had fought against introducing climate legislation in the United States. It also criticised Gazprom for looking for oil in the Russian Arctic and TransCanada for building large-scale pipelines in North America. In response, Entergy said that it “has aggressively advocated for smart carbon policies for more than a decade” and that in 2016, the company’s CO2 emissions were approximately 20 percent below those in 2000. (Reuters)

India has ratified two key global agreements on eradicating child slavery, committing the country to adopting international labour standards on the employment of minors and allowing it to be subjected to scrutiny by other nations. The International Labour Organization conventions specify a minimum age of work, and prohibit using minors in areas like armed conflict, prostitution or drug trafficking. India’s 2011 census found there were more than four million labourers aged between five and 14 out of 168 million globally, but activists say millions more are at risk due to poverty. The ratifications could mean increased government spending on children, and provide a strong legal tool for charities seeking to strengthen policy on child labour in the country’s courts. (Eco-Business)

Sweden has become the first country to significantly strengthen its climate targets following the 2015 Paris Agreement. Sweden’s parliament voted overwhelmingly in favour of a new law setting a target to make the country a net zero emission emitter by 2045. The legislation strengthens a previous goal to become ‘carbon neutral’ by 2050. It was passed by 254 votes to 41, after the proposals were developed by a cross party commission featuring seven of Sweden’s eight parliamentary parties. The legislation broadly emulates the UK’s Climate Change Act, enabling the formation of an independent Climate Policy Council and requiring the government to review progress against its emissions goals every four years. (Business Green)

Greene King is aiming to become the UK’s first major pub chain to send zero waste to landfill across the entirety of its operations, the company has announced. The new target, which it aims to meet by 2020, covers all of Greene King’s estimated 3,000 pubs throughout England, Scotland and Wales. It follows the brewer’s decision to partner with waste management firm SWR in April 2016. Since then, a number of initiatives put in place by SWR have already helped Greene King to reduce its landfill waste by 95 per cent. Greene King said it was also working with waste charity WRAP towards establishing a best practice training programme for its regional managers, and reaching out to supply chain partners to improve packaging and portion control. (Business Green)

Facebook put the safety of its content moderators at risk after inadvertently exposing their personal details to suspected terrorist users of the social network, according to a Guardian investigation. The security lapse affected more than 1,000 workers across 22 departments at Facebook who used the company’s moderation software to review and remove inappropriate content from the platform, including sexual material, hate speech and terrorist propaganda. A bug in the software resulted in the personal profiles of content moderators being viewable to the admins of banned Facebook groups. As soon as the leak was identified in November 2016, Facebook convened a “task force of data scientists, community operations and security investigators” and warned all the employees and contracted staff it believed were affected. (Guardian)