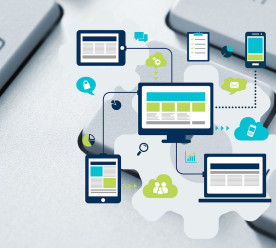 Textile firms making products for fashion retailers such as River Island, New Look, Boohoo and Missguided are paying their UK workers between £3 and £3.50 an hour, according to Channel 4’s Dispatches. The national living wage, the legal minimum, currently stands at £7.20 an hour for workers aged 25 and over. The case follows a Guardian investigation into Sports Direct in December 2015, which revealed that workers at the sportswear chain’s Derbyshire warehouse were receiving less than the legal minimum wage. The workers were eventually awarded around £1m in back pay. Missguided said: “We take the allegations … very seriously and demand the highest standards of safety, working conditions and pay from all of our suppliers and subcontractors.” New Look said the company was “extremely concerned” by the Dispatches revelations. The retailer said it had reduced the number of UK suppliers from 104 to 19 since 2011, and that it audits them regularly. (Guardian)

Less than an hour after Donald J. Trump was sworn into office on Friday, the state of California announced its latest plans to fight climate change. The proposed plan, which is expected to be finalized by April, includes reducing California’s greenhouse gas emissions to 30 percent below 1990 levels by 2030. It’s the most ambitious GHG target yet set in North America. It includes extending its cap-and-trade program another 13 years and requiring oil refineries to cut their emissions by 20 percent. It also calls for an 18 percent cut in carbon-intense transportation fuels and pushes for more zero-emission vehicles on California’s highways. The California Air Resources Board’s plan dovetails with the California Global Warming Solutions Act of 2006 and Gov. Jerry Brown’s 2016 executive order calling for a 40 percent cut in GHGs by 2030. But it also calls for a more comprehensive approach when it comes to ensuring that the state addresses climate adaptation. The executive order requires the adaptation plans be updated regularly and also sets methods on adaptation goals. (TriplePundit)

Both sides found positives in a Canadian court ruling issued Friday in a David and Goliath legal battle between oil giant Chevron and a group of Ecuadorian villagers. The villagers are using the Canadian courts to try to collect on a US$9.5-billion Ecuadorian court judgment for environmental damage. However Chevron said the Ontario judgment concluded that Chevron Canada is a separate entity and that the Ecuadorian judgement is unenforceable. “Ultimately, we are confident that Canada’s courts will hold Chevron fully accountable for its outrageous and criminal conduct in Ecuador,” said Karen Hinton, a spokeswoman for the villagers. Some 30,000 villagers first turned to Ecuador’s justice system in 1993 alleging that Texaco, which is now owned by Chevron, dumped billions of litres of toxic oil-drilling waters into hundreds of open-air pits. Affected areas boast the highest rates of childhood leukemia in the country — 130 per cent more frequent cancer deaths than elsewhere. (The Star)

Walmart, the largest private employer in the United States, with nearly 1.5 million associates, last week discussed company plans to create further American jobs and invest in local communities across the country. The investments in the coming year will support an estimated 34,000 jobs through continued expansion and improvement in the company’s store network, as well as e-commerce services, while providing specialty training for more than 225,000 of the company’s frontline associates. The company and the Walmart Foundation, in conjunction with The U.S. Conference of Mayors, are also announcing grants through the U.S. Manufacturing Innovation Fund to advance sustainability and innovation in textile manufacturing. The company’s investment in American jobs includes a 2013 commitment to purchase an additional $250 billion in American-made, grown, assembled and sourced products through 2023, estimated to help create one million jobs. (CSR Wire)

The U.K. government is focusing on curtailing sugar and increasing physical activity to achieve human weight levels that promote health. The focus on sugar is driven by emerging research that identifies sugar as the most significant diet component causing our national weight crisis. The two key policy actions being taken by the U.K. to reduce sugar are: taxing sugary sodas and reducing sugar product content by 20 percent. As for the former, the money raised by the tax will be used to fund healthier school meals and increased youth participation in sport activities. Considering the latter, The U.K. will aim to cut sugar content by 20 percent in three years, using 2015 as a baseline. Promoting physical activity of at least one hour a day is a third component of the U.K. plan. Getting rid of uninformative food labels is another target. The U.K. plan will revise food and beverage labels rule in order for it to be understandable and useful.  (TriplePundit)