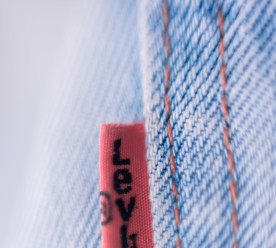 Levi’s Launches Its own recommerce site and buyback program

American denim company Levi’s has launched a recommerce site for previously worn Levi’s jeans and denim jackets: Levi’s Secondhand. Customers can now return any Levi’s denim item—even if it’s damaged—for a gift card towards a future purchase. Levi’s is the first denim brand of its size to move towards circularity by creating this type of buyback programme and starting to take responsibility for the full “life cycle” of its garments. Chief marketing officer Jen Sey says “buying a used pair of Levi’s saves approximately 80% of the CO2 emissions, and 1.5 pounds of waste, compared to buying a new pair. As we scale this, that will really start adding up.” Levi’s is also experimenting with recycled and regenerated fibres for future collections. (Vogue)

Total to increase annual renewables investments to $3bn by 2030

French oil & gas major Total has pledged to increase its annual investments in renewables by 50% by 2030, against the $2bn allocated in 2019, as it strives to meet a 2050 net-zero target. The company made the commitment as it publicly outlined its plans for diversifying away from fossil fuels and becoming a “low-carbon power producer” for the first time. By increasing its annual investment in the coming years, the company said, it will bring 35GW of new renewable energy production capacity online by 2025, up from the previous target of 25GW. Total said in a statement that it is hoping to become one of the world’s top five renewable energy companies within a decade. However, it only foresees low-carbon electricity accounting for 15-20% of its sales by 2040. (Edie)*

UK Government pledges wind farms to power every home by 2030

UK Prime Minister Boris Johnson has announced plans for every UK home to be powered by electricity from offshore wind farms by 2030. Promising to “build back greener” from the Coronavirus, the prime minister pledged £160m to upgrade ports and factories for building turbines. The plan aims to create 2,000 jobs in construction and support 60,000 more. The speech comes after Johnson made a pledge at a UN biodiversity summit in New York to protect 30% of UK land for nature as a “boost for biodiversity”. The commitments are the first stage of a 10-point plan for a “green industrial revolution” from the government, with further details expected later this year to “accelerate our progress towards net zero emissions by 2050”. (BBC)

Air pollution in London has plunged since 2016, with a 94% reduction in the number of people living in areas with illegal levels of nitrogen dioxide (NO2). The number of schools in such areas has fallen from 455 in 2016 to 14 in 2019 (97%). In 2015, it was estimated that over 9,000 people in the capital were dying early each year due to air pollution. The report from the mayor of London, Sadiq Khan, reviewed by scientists, shows that more than 2 million people in the capital lived with polluted air in 2016, but this fell to 119,000 in 2019. However, Khan said there was still a long way to go as 99% of London had particle pollution levels above the World Health Organization’s recommended limits, which are tighter than the UK limit. (Guardian)

At least 14m tonnes of plastic pieces less than 5mm wide are likely sitting at the bottom of the world’s oceans, according to an estimate based on new research from Australia’s government science agency CSIRO. Analysis of ocean sediments from as deep as 3km suggests there could be more than 30 times as much plastic at the bottom of the world’s ocean than there is floating at the surface. Researchers looked at 51 samples and found that each gram of sediment contained an average of 1.26 microplastic pieces. The cores were drilled in March and April 2017 off Australia’s southern coast in the Great Australian Blight. Researchers state the shape of the pieces under a microscope suggested they were once consumer items. (Guardian)