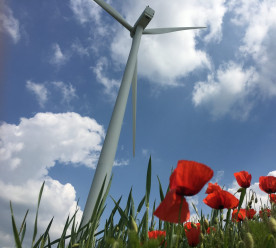 Over $50bn of green bonds were issued globally in September, making it a record month despite the economic impact of Covid-19, according to BloombergNEF, the research arm of Bloomberg. Around $270bn of green bonds were issued in 2019, making it a record-breaking year, but if current trends persist, 2020 could break records once more. Notably, social and sustainability bonds fared even better than green bonds with sustainable bond issuance 65% higher between April and June than between January and March. Green bonds are used to finance projects based on their positive environmental impacts while sustainability bonds cover projects intrinsically linked to social and environmental benefits. Over $1trn of green bonds have been issued globally since the market first opened in 2007. (Edie)*

No oil and gas firm worldwide has yet credibly aligned its emissions within a 2ºC global warming pathway, according to the investor-led Transition Pathway Initiative (TPI). The TPI found that just five oil and gas companies and two coal firms are on track to align with the emissions pledges made by countries as part of the Paris Agreement: Glencore, Anglo American, Shell, Repsol, Total, Eni and Equinor. Existing Paris pledges made by signatories to the climate treaty currently put the world on track for 3.2◦C of warming – far above the higher threshold of set out in the Paris Agreement – demonstrating that oil and gas firms are still not on track to delivering credible net zero emissions targets in line with the actual Paris goals. (Business Green)

US confectionary, food and pet care giant Mars claims to have eliminated deforestation from its palm oil supply chain after shrinking the number of mills it works with. The adoption of shorter, more transparent palm oil supply chains and working exclusively with suppliers that meet specific environmental, social and ethical standards has made it easier for the company to keep track of its palm oil supply chain, which the company said is no longer contributing to the destruction of tropical forests as a result. Mars said it had reached its goal after a concerted effort to trim the number of mills it works with from 1,500 last year. It expects to be working with less than 100 in 2021 and under 50 in 2022. (GreenBiz)

Social media giants Facebook Inc and Twitter have taken action on posts from US President Donald Trump on Tuesday for violating their rules against coronavirus misinformation by equating COVID-19 was the flu. Facebook took the post down but not before it was shared about 26,000 times, data from the company’s metric tool CrowdTangle showed. Facebook, which exempts politicians from its third-party fact-checking program, has rarely taken action against posts from the Republican US president. Twitter disabled retweets on a similar tweet from Trump on Tuesday and added a warning label that said it broke its rules on “spreading misleading and potentially harmful information related to COVID-19” but that it might be in the public interest for it to remain accessible. (Reuters)

Pure electric vehicle sales are up 664% since 2016 while diesel sales are down 75% through the same period, according to data from the Society of Motor Manufacturers and Traders. Sales of battery EVs were three times higher last month compared to September 2019, and 10% of all new cars sold are either fully electric or plug-in hybrids. Demand for battery EVs increased by 184% compared with September last year, with the month accounting for a third of all 2020’s battery car sales, the data shows. Diesel cars have seen a sharp decline, falling from around 50% of car sales in 2015 to just 14% this September. The expanding market share of EVs comes amid steep declines in overall car sales, which are down 40% from a peak in 2017. (Business Green)