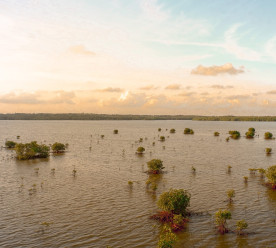 Infrastructure investors hungry for green assets in wake of Covid-19

Infrastructure investors are set to ramp up their pursuit of green assets in the wake of the Covid-19 pandemic, with renewables, digital infrastructure and green real estate highlighted by fund managers as key priorities for investment, according to a survey law firm Linklaters. The poll quizzed over 300 fund and portfolio managers across Western Europe, together responsible for more than £1 trillion of assets worldwide. The survey found almost a quarter expect to grow the proportion of green assets in their portfolios by at least a fifth over the next two years, while 63 per cent said they expected to raise green asset levels by between 10 and 20 per cent over the same period. Moreover, ESG credentials and transparency ranked second in the top three factors fund managers are most likely to consider when managing their portfolio, the poll found. Industry data backs up a rush to green opportunities by infrastructure investment funds in the countries polled, with $14.4 billion USD funnelled into green infrastructure in 2019 a 15% increase on 2018. (BusinessGreen)

The UN entity dedicated to gender equality and the empowerment of women, UN Women, and the Inter-American Development Bank (IDB), have convened representatives from the Caribbean Community (CARICOM) for an in-depth discussion on the urgency of addressing the care economy and the impact on women. Rising demand for care in the context of the COVID-19 crisis and response has deepened already-existing inequalities in the gendered division of labour, placing a disproportionate burden on women and girls with potential long-term implications for their health, wellbeing and economic empowerment. The virtual roundtable provided the opportunity for representatives to share strategies that are effective experiences, practical initiatives and collaborations that are integrating social protection into the economic recovery. The participants called for sustained investments in the care economy to be at the centre of efforts to ‘build back better’ and to focus on redressing long-standing gender inequalities in paid work and unpaid care. (UN women)

The Digest of UK Energy Statistics (DUKES) has revealed that 37.1 per cent of the electricity generated in the UK in 2019 was renewable, up from 33.1 per cent in 2018. DUKES serves as the Government’s energy comprehensive report, documenting figures on energy production, consumption, demand, imports and exports. The growth is attributed to the proportion of coal plants coming offline ahead of the 2024 deadline and to the rapid expansion of the nation’s offshore wind sector. Of the total electricity generated, a record 20 per cent was attributable to wind. The combined output of domestic wind, solar and hydropower was up 11 per cent year-on-year, while bioenergy output was also up by 1.6 per cent. DUKES figures only account for domestic energy generation, however, and the UK has been a net importer of energy since 2004. As such, 78.3 per cent of the energy consumed in the UK in 2019 did ultimately originate from fossil fuels. (Edie)

Flood risk for 1 million in Phnom Penh as wetlands destroyed

More than one million people in Cambodia’s capital city, Phnom Penh, face the risk of increased flooding and loss of livelihoods as wetlands are destroyed to build apartments and industries, human rights groups warned on Monday. Developments – including the ING City township – will reduce the Tompoun wetlands to less than a tenth of its 1,500 hectares, and lead to the eviction of more than 1,000 families who live on its edge, activists said in a report. It would also impoverish thousands of families who farm and fish in the wetlands in the city of 1.5 million people. “The wetlands sustain local communities and play a vital role in Phnom Penh’s waste management and flood prevention,” said the report from Equitable Cambodia, the Cambodian Youth Network and land rights group Sahmakum Teang Tnaut. Lakes and wetlands such as floodplains, mangroves and marshes regulate water flow, minimise flooding, purify water and replenish groundwater, said Diane Archer, a senior research fellow at the Stockholm Environment Institute in Bangkok. (Eco-Business)

The building, called The Forge, has been designed in line with the UK Green Building Council’s (UKGBC) net-zero buildings framework and energy performance requirements. The UKGBC framework covers both embodied carbon and operational carbon, emissions produced throughout the building’s use-phase. Most previous definitions, frameworks and certifications account only for the latter. To minimise the embodied carbon of The Forge, Landsec has used a digital platform approach, whereby all components for the building are designed and ordered through one channel. This approach is believed to minimise energy “leaks”, improve productivity, reduce costs and prepare the building for any future retrofits. Previous trials of this approach by Landsec led to a 20 per cent reduction in embodied carbon, a 30 per cent reduction in installation time and a 55 per cent improvement in productivity. Landsec is notably striving to become a net-zero business by 2030. It will reduce its absolute emissions by 70 per cent over this decade, then invest to offset the residual 30 per cent. The commitment applies to all of the FTSE100 firm’s new developments as well as its operations. (Edie)