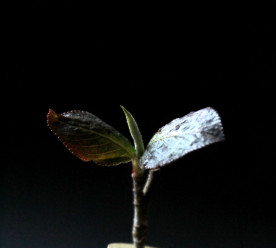 Credit Suisse plans to provide at least 300 billion Swiss francs ($328.41 billion) in sustainable financing over the next decade in areas such as renewable energy and Green Bonds. The move is the latest in a string of announcements by banks looking to display their green credentials and capture demand for cash from companies to help a shift to a low-carbon economy. Credit Suisse also said it would cut exposure to the oil and gas sector, including restricting lending and capital markets underwriting to companies operating in thermal coal extraction, coal-fired power generation and Arctic drilling. Specifically, the bank said it would stop financing any onshore or offshore oil and gas projects in the Arctic and stop lending to companies making more than 25 percent of their revenue from thermal coal mining or coal power. The move follows a similar announcement by Deutsche Bank, which has said it would stop business altogether with companies making more than half their revenues from coal mining. (Reuters)

Outdoor clothing company Patagonia has launched new campaigns to highlight the benefits of regenerative organic agriculture in tackling the climate and ecological crises, having launched a new range of cotton T-shirts sourced from farms promoting sustainable agriculture methods. Agricultural practices are a huge contributor to climate change, accountable for around 25 percent of global carbon emissions. Industrial farming, whether for food or fibre, also degrades soil which can reduce growing capabilities and lead to a loss of water. Regenerative agricultural practices – whereby natural elements associated with farming are regenerated through new systems – are emerging at pace and are being championed within ambitious corporate sustainability strategies. Patagonia is a founding member of the Regenerative Organic Alliance, alongside Dr Bronner’s, Compassion in World Farming, Demeter and the Fair World Project and others. The Alliance had created a Regenerative Organic Certification that showcases whether a product has been made using processes to regenerate the land. (edie)

Adverts for large polluting cars ‘should be banned’

A new UK campaign called “Badvertising” is demanding an immediate end to adverts for large polluting cars. The campaign is being run by the green think tank The New Weather Institute and the climate charity Possible. It says the government should clamp down on sports utility vehicle (SUV) car adverts in the way it curbed smoking ads. A car industry spokesperson said modern SUVs are the cleanest in history and said many can run on batteries. But a leading academic said sales of big polluting cars will breach UK climate targets and should be banned. A government spokesperson said: “We are developing an ambitious transport decarbonisation plan in order to reach our goal of net zero by 2050.” SUVs now make up more than 4-in-10 new cars sold in UK, while fully electric vehicles account for fewer than two in a hundred. The campaign’s report  says the trend towards big cars is propelled by aggressive advertising. They fear the global trend of rapidly-increasing sales of bigger and more polluting SUVs is jeopardising climate goals. (BBC)

Bank of America has become the latest major investment bank to commit to publishing the greenhouse gas emissions tied to its loans and investments, having joined the growing number of financial institutions backing the Partnership for Carbon Accounting Financials (PCAF). Bank of America has confirmed that it had signed up to the initiative, following hot on the heels of Citigroup – which also recently announced it had joined PCAF – Amalgamated Bank and Morgan Stanley. PCAF, which now comprises 70 financial institutions together responsible for around $9 trillion of assets worldwide, is working to develop a common methodology to assess greenhouse emissions from financial loans and portfolios, building on the guidelines of the Taskforce on Climate-related Financial Disclosures (TCFDs). It marks a significant commitment from Bank of America, which was recently identified as the fourth largest financial backer of fossil fuels in the world, having provided $157 billion in funding to oil, gas and coal activities since the landmark Paris Agreement in 2015. (Business Green)

Barely a quarter of charities’ coronavirus fund for England allocated

Barely a quarter of a £200 million emergency coronavirus fund for small charities in England has been allocated, and still less paid out, even though Rishi Sunak promised money would be distributed “at pace” when he announced the fund in early April. Applications for grants from the pot are being assessed by the National Lottery Community Fund (NLCF), which was publicly handed the task, and are also being privately vetted by consultants PricewaterhouseCoopers (PwC). More than 10,000 charities have applied for grants from the coronavirus community support fund (CCSF) for England, many of them struggling to survive the impact of the crisis on their regular fundraising. Voluntary sector leaders who have grown increasingly alarmed at the delay in allocating the cash have reacted angrily to disclosure of the PwC vetting. The CCSF is part of a £750 million package of help for UK charities and social enterprises unveiled by the chancellor on 8 April. (The Guardian)