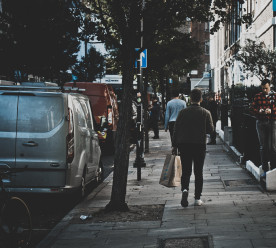 Some of the world’s biggest tech companies have appeared before Washington lawmakers to defend their firms against claims they abuse their power. The appearance comes as lawmakers consider tougher regulation and competition probes are under way. Some critics want the firms broken up but Amazon boss Jeff Bezos said the world “needs large” firms. Democrats pressed the tech titans on competition issues, while Republicans were more concerned about how they managed information and whether they were marginalising conservative views. At the hearing, lawmakers accused Google of having stolen content created by smaller firms, like Yelp, in order to keep users on their own web pages. Amazon’s treatment of sellers on its site, Facebook’s acquisition of competitors such as Instagram, and Apple‘s App store also drew attention. The executives defended their companies, saying their products helped smaller businesses and they remained vulnerable to competition from newcomers. (BBC)

Irish fast fashion firm Primark has launched a nationwide recycling scheme to enable shoppers to recycle clothes of any brand at the retailer’s stores, in an effort to slow the flow of garments ending up in landfill every year. Starting this week, shoppers can drop off their used clothes, textiles, footwear and bags at collection boxes installed at all 190 of the retailer’s UK shops. The items will then be transformed into new clothes, as well as products such as insulation, toy stuffing and mattress fillers, according to Primark, which is working with recycling specialist Yellow Octopus on the scheme and plans to donate all profits from the initiative to UNICEF. Waste charity WRAP estimates more than a third of the population had a clear out of unwanted textiles and clothing during lockdown and urged people to consider in-store collections. WRAP director Peter Maddox described Primark’s in-store recycling plan as “an effective, and often underused way to donate clothes”. (BusinessGreen)

Forty-three land and environmental defenders were killed in the Philippines in 2019, according to a new report from the watchdog group Global Witness. The tally marks out the Philippines as the most dangerous country in Asia and the second most dangerous in the world for those taking a stand against environmental destruction. According to the group, the criminalisation of environmental and land defenders under the mantle of anti-terrorism policies imposed by President Rodrigo Duterte contributed to the attacks in the Philippines in 2019. In 2018, 30 deaths were recorded in the country, which put it in the top spot in the global rankings. Casualties for that year include nine sugarcane farmers, including four women and two children, who were shot by a group of unidentified gunmen after tilling a contested plot of land in the central Philippines. For 2019, Global Witness reported 43 deadly attacks on environmental and land defenders in the Philippines, placing it behind only Colombia with 64 cases. (Eco-Business)

Quarter of native UK mammals at imminent risk of extinction

A quarter of Britain’s native mammals are “at imminent risk of extinction”, according to new research. The 11 mammals include creatures of the mountains, woodlands and rivers, such as the wildcat, red squirrel, water vole, hazel dormouse and hedgehog. The list has been approved by the International Union for the Conservation of Nature (IUCN), using the same robust and internationally agreed rules behind the global Red Lists of threatened species such as elephants and tigers. It has been produced for the official nature agencies of England, Scotland and Wales. The destruction of natural habitat, alien invasive species and historic persecution are the main causes of the wildlife declines. “All 20 species need urgent attention,” said Prof Fiona Mathews, at the University of Sussex and chair of the Mammal Society, who led the report. A further five mammals including the mountain hare are classified as “near threatened”, meaning they face becoming threatened with extinction in the near future. (The Guardian)