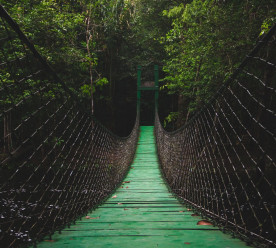 A new report, authored by more than 100 economists and environmentalists for the advocacy group Campaign for Nature claims to be the first analysis ever to measure the economic benefits and costs of protecting 30 per cent of the planet’s land and seas. Governments, non-profits and other institutions are currently spending about $24 billion annually on protected areas, but this figure would need to be boosted to roughly $140 billion to meet the 30 per cent goal by 2030, according to the researchers. Increasing the amount of protected land would reduce the risk of pandemics and also generate enhanced ecosystem services related to climate change mitigation, soil conservation, protection from floods and cleaner water, the report says. When both the economic and ecosystem service benefits of expanding protected areas are totalled, the paper said the gains resulting from meeting the 30 per cent target outweigh the costs by a ratio of at least five-to-one. (Eco-Business)

Rating agency Moody’s has described Lloyds Banking Group’s programme to promote more black employees to senior roles as “credit positive”, marking the first time that the rating agency has explicitly linked a company’s stability to ethnic diversity measures. Lloyds announced a race action plan last week after a promise to “do more” to promote equality in response to global protests that erupted following the killing of George Floyd by a white police officer in May. The bank acknowledged that some groups were “still significantly under-represented” within its ranks. Its programme includes a target of increasing fivefold the proportion of senior roles held by black employees by 2025, and publicly releasing data on its ethnicity pay gap. Investors and rating agencies are increasingly considering businesses’ environmental, social and governance (ESG) risks, as sustainability moves up the political agenda. Earlier this month, Institutional Shareholder Services, one of the most influential shareholder advisers, urged American companies to disclose the ethnicities of their senior directors. (FT)*

France to ban heated terraces in cafes and bars

France’s government has announced new environmental measures, including a ban on heated terraces for cafes and bars. Ecology Minister Barbara Pompili said outside heating or air conditioning was an “ecological aberration”. The ban will not come into force until after the winter as restaurants have been hard hit by Covid-19, she added. All heated or air-conditioned buildings open to the public will also have to keep their doors closed to avoid wasting energy. Trade groups say more than 75 per cent of restaurants and cafes in the Paris area have a heated terrace. A few French cities have already banned them, but Paris Mayor Anne Hidalgo refused to do so, saying it would be too much of a blow to businesses. Ms Pompili said officials would talk to owners about ways of implementing measure after the winter. She was appointed by new Prime Minister Jean Castex, who has pledged €20 million (£18.2 million) for climate-related investment, as part of a €100m stimulus plan aimed at helping the economy recover from the coronavirus pandemic. (BBC)

The UK could eliminate the majority of the carbon dioxide emissions from road freight by installing overhead charging cables for electric lorries on “e-highways” across the country, a new report suggests. The plan for a so-called electric road system would cost £19.3 billion by the late 2030s, with the potential for the investment to pay for itself within 15 years, according to the report by the Centre for Sustainable Road Freight. The catenary cables, powered by the national electricity grid, would link to lorries driving in the inside lanes on 4,300 miles (7,000km) of UK roads through an extendable rig known as a pantograph – similar to those on the top of electric trains. The electricity would power the lorry’s electric motor, as well as recharging an onboard electric battery that would power them to their destinations beyond the electrified roads. The report suggests that a first phase of building work on the busiest roads could take two years. (The Guardian)

A UK government subsidy to offer people 50 per cent off meals in fast food restaurants risks undermining a fledgling anti-obesity campaign, experts have warned. The “Eat Out to Help Out” initiative, a Treasury policy, will operate every Monday, Tuesday and Wednesday throughout August. It is understood that chains including McDonald’s, Burger King and Pizza Hut have signed up to the scheme, as the government attempts to coax people back to the high street. Prof Amelia Lake, professor in public health nutrition at Teesside University says that “offering subsidies on food which is particularly associated with being less healthy completely contradicts the other message around reducing obesity”. A government spokesperson said: “Our ‘Eat Out to Help Out’ scheme is designed to protect jobs in a sector that has been particularly affected by coronavirus, giving businesses the confidence to retain and hire staff. We remain determined to reverse obesity rates and help everyone live healthier lives.” (The Guardian)