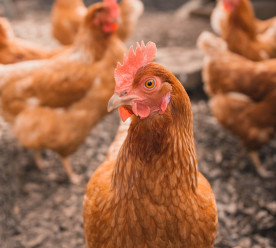 Governments are failing to gear the estimated $11.8trillion-worth of Covid-19 support packages towards the environment and net zero transition, according to new analysis. The report, published by UK-based consultancy Vivid Economics, warns many governments are neglecting to consider the broader sustainability and resilience impacts of company bailouts and stimulus packages offered to the agriculture, industry, transport, energy and manufacturing waste sectors. Germany’s €40 billion climate stimulus package is geared towards electric vehicle sales, building energy efficiency, hydrogen infrastructure and public transport, while South Korea’s $48 billion green package comprises 16 per cent of total fiscal stimulus. On the other hand, the US, Russia, Mexico and South Africa have not delivered any specific ‘green’ packages. Finally, the report applauds France and Canada for attaching green conditions to bailouts of environmentally intensive industries, with the former placing environmental requirements on support for airlines, aviation and auto manufacturing, and the latter requiring large companies benefitting from state loans to commit to disclosing the financial risks posed to their business by climate change. (BusinessGreen)

Listed firms where at least one-third of the bosses are women have a profit margin more than 10 times greater than those without, research has suggested. Of the 350 largest companies listed, just 14 are led by women, while fifteen percent have no female executives at all, according to gender diversity business The Pipeline. The group’s co-founder, Lorna Fitzsimons, said having more women in the decision-making room means businesses are better able to understand their customers. The Pipeline’s Women Count 2020 report “shows the stark difference in net profit margins of companies that have diverse gender leaderships compared to those who do not. The Pipeline says London-listed companies with no women on their executive committees have a net profit of 1.5 per cent, whereas those with more than one in three women at that level reach 15.2 per cent net profit margin. The sectors with the lowest number of women in executive roles are construction and retail. (BBC)

Nando’s, the popular restaurant chain, plans to trial feeding chickens algae and insects as part of efforts to sharply reduce its carbon emissions over the next decade. The dining brand, which operates 930 outlets worldwide, will look at alternative sources of chicken feed to reduce its reliance on soy, which is the second biggest contributor to global deforestation after the beef industry. The push comes as companies and investors increasingly focus efforts and funding on more sustainable practices, despite the economic fallout from the pandemic. The chicken industry has been a particular focus for environmental campaigners because of the intensive nature of its farming practices. Greenpeace, which last year released a report titled “Winging It: How the UK’s chicken habit is fuelling the climate and nature emergency”, is calling for businesses to halve the amount of meat they sell by 2025. Nando’s said that menu prices would not increase as a result of the changes, nor would it switch any of its suppliers. (FT)*

Millions of animals trafficked from the Amazon annually – report

Millions of wild animals are trafficked within and out of Brazil every year, a new report has found. The authors warn that a lack of good quality data means the country’s illegal wildlife trade is not taken seriously enough, with grave consequences for biodiversity. Produced by wildlife trade monitoring network Traffic, the report calls for a national strategy to combat the lucrative business. One employee of the environment agency Ibama said it received 72,000 wild animals across Brazil in 2018, but data varies, and police forces have their own numbers. Traffickers feel a sense of impunity because “existing legislation does not consider wildlife trafficking a ‘serious crime’, with mild penalties that do not act as a disincentive,” it said. Data from the Brazilian Amazon is even more “notoriously scarce”, the report found. Ultimately, the triple border region in the western Amazon where Brazil meets Peru and Colombia is “particularly relevant hub” for trafficking, the report said. (TheGuardian)

The UK city of Peterborough is working to create the ‘UK’s largest’ city-wide smart energy system. As part of a council-led scheme, the city is to cut household bills and CO2 emissions by connecting up low carbon electricity, heat networks and electric vehicle charge points. Jointly funded by the government’s UK Research and Innovation (UKRI) body and the private sector, work on the Peterborough Integrated Renewables Project (PIRI) kicked off on Thursday and is expected to slash the city’s energy bills by as much as a quarter. The plan is to roll out and bring together clean energy generation, battery storage, heat produced by the city’s energy-from-waste plant to provide integrated low carbon mobility, electricity and heating services. Peterborough residents involved in the project are expected to benefit from cheaper bills due to integrated billing services for heat, electricity and mobility, including electric vehicles, while local authorities can gain from having a transparent tariff setting that generates long term savings, the council said. (BusinessGreen)