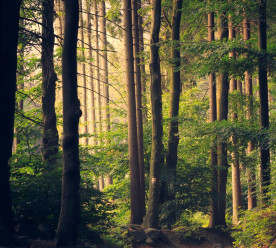 Funding to combat deforestation, risky wildlife trade and nature protection today could save governments hundreds of billions of dollars by preventing major environmental and public health risks, new research suggests. The study, published by scientists from US non-profit Conservation International in the journal Science, argues governments should prioritise nature-based pandemic prevention measures in their Covid-19 recovery packages. Covid-19 is a zoonotic disease, meaning that it originated in wildlife before making the jump to humans, and Conservation International warns future outbreaks are inevitable if the ongoing degradation of tropical forests and the illegal wildlife trade are left unchecked. A cumulative global investment of between $22.3 billion to $30.1 billion per year over the next decade could significantly curb the risk of future pandemics, claims the study. Governments should also give more powers to wildlife trade enforcement agencies to help clamp down on illegal trade of disease-risk animals. (BusinessGreen)

The amount of plastic which ends up in the ocean each year is set to almost triple by 2040 unless governments and industry dramatically ramp up their anti-plastic efforts, scientists have warned. A report published by Pew Charitable Trusts and London-based sustainability consultancy Systemiq estimates that annual ocean plastic waste will soar from 11 million metric tonnes today to 29 million metric tonnes by 2040 if current consumption and production patterns continue. That would mean the cumulative amount of plastic clogging up the ocean would reach roughly 600 million tonnes by 2040, the equivalent weight of three million blue whales, according to the study, dubbed ‘Breaking the Plastic Wave’. Moreover, the fight against plastic has suffered a major setback worldwide from Covid-19, which has seen demand for single-use personal protective equipment explode and oil and gas companies pivot to plastic to recoup losses from plummeting demand for fuel. The report authors argue that there is “no viable excuse” for policymakers to stall on taking action to fix the “solvable” plastic crisis. (BusinessGreen)

Thai agricultural workers in Israel will be at greater risk of labour abuses under a new partnership between the governments, activists have said. Thailand’s Department of Employment (DOE) this week signed a deal with the Israeli government to keep sending 5,000 Thai migrants a year to work in Israel’s farming industry, but there are concerns that the United Nations migration agency (IOM) would no longer oversee the process. Activists and academics said they feared workers’ rights would suffer as the two governments took over from the IOM in handling the selection and training of applicants and dealing with complaints from Thai agricultural workers in Israel. Israel has faced scrutiny in recent years after campaigner and media reports that Thai migrant labourers are underpaid, forced to work long hours and exposed to dangerous conditions. Activists said private recruitment firms may take advantage of the new deal by sourcing workers for the Thai government and charging them high fees that can trap people in debt bondage. (Eco-Business)

The oldest conservation group in the US, The Sierra Club, will take down monuments to its founder due to his racist history. John Muir, who founded the group in 1892 and whose activism helped preserve the Yosemite Valley and Sequoia National Park, also had ties to white supremacists and made derogatory comments about Black and indigenous people that drew on deeply harmful racist stereotypes. “As the most iconic figure in Sierra Club history, Muir’s words and actions carry an especially heavy weight,” a statement from Michael Brune, executive director of the group, says. “They continue to hurt and alienate Indigenous people and people of colour who come into contact with the Sierra Club. Offering an apology to Black people, Indigenous people, and other people of colour for the Sierra Club’s past, Mr Brune offers a commitment to change — in organisational structure, resource allocation and investment, and a study to determine which monuments need to be renamed or pulled down. (Independent)

£350 million commitment to fuel green recovery in the UK

UK Prime Minister Boris Johnson has announced £350 million to cut emissions in heavy industry and drive economic recovery from coronavirus. It is hoped the investment package will drive forward progress on the UK’s target to reach net zero by 2050, by helping businesses to decarbonise across the heavy industry, construction, space and transport sectors and to secure the UK’s place at the forefront of green innovation. The projects set to receive funding will work on developing new technologies that could help companies switch to more energy-efficient means of production, use data more effectively to tackle the impacts of climate change and help support the creation of new green jobs by driving innovation and growth in UK industries. This includes committing to consult on ending the sale of new petrol, diesel or hybrid cars by 2035 or earlier; launching the Transport Decarbonisation Plan to cut emissions across the sector; and providing over £1 billion at Budget to support the rollout of ultra-low emission vehicles in the UK. (UKGov)