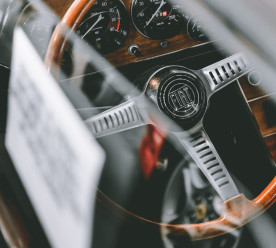 Corporate giants, including Nike and Apple are facing growing calls to cut ties with suppliers alleged to be using “forced labour” from China’s Uighur people. A coalition of human rights groups says many of the world’s leading clothing brands continue to source cotton and yarn produced through a system of forced labour involving up to 1.8 million Uighur and other Turkic and Muslim people in prison camps, factories and farms in Xinjiang. The coalition has published an extensive list of brands it claims continue to source from the region, or from factories connected to the forced labour of Uighur people, including Gap, C&A, Adidas, Muji, Tommy Hilfiger and Calvin Klein. Nike and other brands have said they are tracking the issue. Reports by the Australian Strategic Policy Institute (ASPI) and the US Congress, among others, have found that thousands of Uighurs have been transferred to work in factories across China, under conditions the ASPI report said “strongly suggest forced labour”. (BBC,The Guardian)

Fiat Chrysler Automobiles NV sites in Germany and Italy have been raided by Frankfurt prosecutors as the Italian auto giant risks being dragged into the diesel-emissions scandal. The fraud probe is looking at people linked to “an international automaker,” who may be responsible for installing a defeat device in engines of the Fiat, Alfa Romeo and Jeep brands, Frankfurt prosecutors said. Almost five years after a U.S. probe into Volkswagen AG (VW) over the use of so-called defeat devices in its engines became public, the global auto industry is still struggling with allegations that it dodged emission limits with its diesel cars. While VW has settled criminal probes, Wednesday’s raids show that authorities haven’t yet put the issue aside. Cars with such equipment can’t be approved anywhere in the EU, and owners risk driving bans or losing permission to use them, the prosecutors said. While the models have been certified by Italian regulators, prosecutors aren’t bound by that finding and can review the issue on their own. (Bloomberg)

Multinational Apple has unveiled its plan to become carbon neutral across its entire business, manufacturing supply chain, and product life cycle by 2030. While the company is already carbon neutral for its global corporate operations, this new commitment means that by 2030 every Apple device sold will have net zero climate impact. Apple details its plans to reduce emissions by 75 percent by 2030 while developing innovative carbon removal solutions for the remaining 25 percent of its comprehensive footprint. Additionally, Apple is establishing an Impact Accelerator that will focus on investing in minority-owned businesses that drive positive outcomes in its supply chain and in communities that are disproportionately affected by environmental hazards. Similarly, IT giant Microsoft will be carbon negative by 2030. It has launched a new coalition, Transform to Net Zero, guided by science to accelerate business action toward a net zero carbon economy. Ultimately, Microsoft suppliers will have to calculate and report their Scope 1, 2 and 3 greenhouse gas emissions data. (Apple, BlogMicrosoft)

An international team of scientists involved in a new research have said they have narrowed the range of probable climate outcomes, which reduces the uncertainty that has long plagued public debate about the field. Their increased confidence about the sensitivity of the climate should ease the job of policymakers and diminish the scope for scepticism, but it is far from reassuring for the future of the planet. The study, published in Reviews of Geophysics, shrinks 66 per cent-likely range of climate sensitivity to between 2.6C and 3.9C, or slightly wider if more uncertainties are included. This smaller band is still dangerously high, but the direst predictions are now considered less probable. The study is likely to be the most influential yet because it is written by more than a dozen experts and draws upon the widest range of evidence, including observed physical processes, historical climate data, and records from the ice age. Scientists estimate with a 90 per cent level of probability that climate sensitivity is between 2.3C and 4.7C. (The Guardian)

Bank of the West, a subsidiary of banking group BNP Paribas, has announced that it has teamed up with global organization accelerating environmental giving 1% for the Planet to launch its first checking account designed for climate action. Bank of the West will donate 1% of net revenues generated from the account to support environmental non-profit organizations focused on creating a healthier planet. The first recipient of any funds generated by the initiative will be Protect Our Winters (POW). Along with the 1% donation of revenue from the account to environmental nonprofit partners, the account also includes a carbon tracking tool, allowing customers to view the carbon impact of every purchase made with the debit card. The tool uses the Aland Index, a cloud-based service for carbon impact calculations, to provide a measurement of the potential carbon impact of purchases. 1% for the Planet’s network consists of more than 4,000 members and thousands of nonprofit partners in more than 90 countries. (PRNewswire)