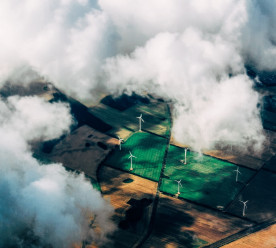 The UK and Swiss governments alongside 10 major banks have backed plans for a new initiative announced today aimed at creating a global framework to measure and publicly report the financial risks posed by nature, biodiversity and habitat degradation. AXA, BNP Paribas, DBS Bank, Rabobank, Standard Chartered, Storebrand, Yes Bank and the World Bank are among the 10 financial institutions backing the drive, which aims to create a Task Force for Nature-related Financial Disclosures (TNFD). Spearheaded by the UK and Switzerland alongside WWF, Global Canopy, the UN Development Programme (UNDP), and the UN Environment Programme’s Finance Initiative (UNEP FI), a working group has been established to drive a TNFD risk reporting framework next year. The initiative looks set to mimic the global framework for disclosing climate-related risks, known as the Taskforce on Climate-related Financial Disclosures (TCFDs). Emine Isciel, head of climate and environment at Norwegian financial service provider Storebrand Asset Management, said it was “vital” for financial institutions to also be able to assess, manage and mitigate nature-related risk within their portfolios. (BusinessGreen)

Green groups have criticised the EU’s €750 billion COVID-19 recovery package, claiming that it lacks accountability on green plans. The recovery package remains consistent with proposals raised in May, which suggested that a €750 billion spending package on green and digital transitions would be featured within the EU’s updated seven-year €1 trillion budget. However, concerns have been expressed by green groups for a perceived lack of accountability as to how nations should be spending in alignment with the EU’s Green Deal, which features an ambition to become the first carbon-neutral continent. A total of 30% of the recovery package has been ringfenced for spending on green and digital transitions. An important aspect of the green recovery plan is that the EU has integrated into the upcoming Multi-Annual Financial Framework (MFF), which will outline spending across the EU from 2021 to 2017. As such, it is the Commission, not the Member States that will oversee how the funding is spent. (Edie)

New coal projects being planned by a subsidiary of the state-run Philippine National Oil Company (PNOC) will mean higher electricity prices for Filipino consumers, energy experts have warned. The PNOC-Exploration Corporation, its oil and coal exploration arm, will be developing more coal mines in the Mindanao region with two underground mines to be developed before 2025. The plans stem from the Philippine Energy Plan, which proposes an expansion of the fossil fuel in the energy mix from 22 per cent in 2016 to 41.6 per cent by 2040 to support the country’s industrialisation. Yet, existing deals between coal power producers and utilities that distribute electricity are take-or-pay contracts. Under such contracts, utility firms are required to buy fixed amounts of energy, even if consumer demand is low. Experts say that with energy demand in the country plunging due to the shuttering of businesses during the pandemic, consumers will end up paying higher electricity prices due to the extra capacity that may not be used. (Eco-Business)

A university student in Melbourne has launched what has been described as a ‘world-first’ legal case against the Australian government, accusing it of misleading investors in sovereign bonds by failing to disclose the financial risk caused by the climate crisis. In a claim filed in the federal court on Tuesday, Katta O’Donnell, a fifth-year law student at La Trobe University, said the government was breaching a legal duty and deceiving investors by not informing them upfront of the climate risk they face. She said young Australians owned bonds through their superannuation funds but were in the dark about government assessments of the climate risk their investment faced. O’Donnell’s case argues that the government and its officials have failed in their duty of care by not taking climate change into account when doing their job. It is believed to be the first case that deals with climate change as a material risk to the global sovereign bond market. (The Guardian)

There are doubts about green plans deliverability in South Korea, a country that is among the world’s top ten emitters of greenhouse gases.. After a victory in South Korea’s national elections earlier this year, President Moon Jae-in and his Democratic Party of Korea announced a major plan to tackle climate change. A package, known as the Green New Deal, aimed to transform what is one of the world’s most dynamic economies. Much of South Korea’s pollution is caused by emissions from coal-fired power plants, which generate more than 40 per cent of the country’s electricity. Under the terms of Seoul’s new green deal, it’s planned to phase out the use of coal by 2030. In the aftermath of the Indonesia coal plant deal, there are doubts that South Korea will put a halt to its overseas coal projects. Jessica Yun of the South Korea climate group Solutions for Our Climate, says that if the government refuses to stop financing coal projects, the whole green deal will be undermined. “By not ending public coal financing, Korea’s Green New Deal would not be green at all”, Yun said. (Eco-Business)