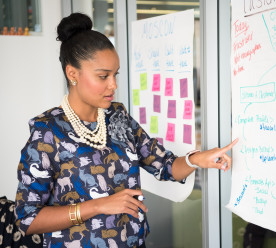 Tech giant Amazon has launched the latest phase of its high-profile Climate Pledge initiative, unveiling a new $2bn venture investment program to help scale up “visionary companies whose products and services will facilitate the transition to a zero-carbon economy”. Jeff Bezos, Amazon founder and CEO, said the new fund would support the net zero pledge by helping to catalyse a new wave of clean tech development. The fund is expected to invest in multiple industries, including transportation and logistics, energy generation, storage and utilization, manufacturing and materials, circular economy, and food and agriculture. Amazon also suggested that over time it will look to involve other Climate Pledge signatories in the venture investment program. The formal launch of the fund comes alongside the release of Amazon’s 2019 sustainability report, which highlighted a number of milestones against the company’s sustainability targets. Specifically, it said the firm is on track to source 100 per cent renewable energy by 2025, five years ahead of its current 2030 target. (Business Green, Wall Street Journal*)

A new World Economic Forum (WEF) report has outlined six leadership priorities for Boards to ensure their companies’ longer-term competitiveness and resilience as well as addressing societal challenges exacerbated by the pandemic. The authors, from WEF and the Harvard Kennedy School argue the agenda is relevant for any Board or company to absorb the deeper lessons of the current crisis and translating the principles of stakeholder capitalism into practice. In particular, the importance of environmental, social, governance and data stewardship (ESG&D) considerations to the fundamental purpose of companies for sustainable value creation have been underlined underlined by the crisis. As such, ESG&D factors need to be more fully integrated into the governance, strategy and operations of companies. Among the recommendations set forward, the report states companies must align strategy and capital allocation with drivers of long-term value creation, internalise material ESG&D factors in risk management, strengthen preparedness and resilience to crises and systemic shocks and adapt the Board’s organization, composition and engagement to these imperatives.  (Forbes)

Scientists featured in US textbooks are predominantly white men, according to new research published in the Royal Society journal. The study analysed more than 1,000 scientific names featured in seven modern biology textbooks used to teach undergraduates entering science and medicine in the US. US biology textbooks highlighted seven men for every woman scientist and black women were not represented a single time in any of the works analysed. Based on the current rate, it will be centuries before the books used to teach undergraduate biology in the US match the diversity of their readers, say researchers. Overall, 13 percent of the scientists featured were women, while 6.7 percent were from Black, Asian and Minority Ethnic backgrounds. Textbook publishers are “tasked with balancing an accurate portrayal of history while showcasing contemporary science that reflects a diverse population of learners”, researchers said. (BBC)

A coalition of business leaders has urged UK Ministers to ensure that post-Brexit Free Trade Agreements (FTAs) not only include non-regression clauses on environmental standards, but actively promote stronger requirements on a global scale. The call to action is being made in the latest report from the Aldersgate Group, an alliance of dozens of business and civil society leaders dedicated to embedding more ambitious environmental provisions across their own organisations and in broader policy. Aldersgate Group members include supermarket chain Tesco, telecommunications giant BT, and multinational Ikea. The Group’s report calls for all future FTAs to include reciprocal commitments to the Paris Agreement and a binding non-regression clause. The UK is negotiating an FTA with the US at present – the only major developed economy not committed to the Paris Agreement. Additionally, the Aldersgate Group reiterates its previous demands for stronger domestic policies designed to spur a just low-carbon transition which boosts the national economy. (Edie)

The UK Government is looking to boost vehicle innovation with a £73.5 million fund. Green car, taxi, and van projects from Newport to Newcastle are set to share in £73.5 million of government funding awarded yesterday, with 10 multi-million-pound grants announced in support of a range of innovative new zero emission vehicle technologies. Assigned through the Advanced Propulsion Centre (APC) – the joint government-industry venture tasked with accelerating the shift towards net zero road transport – the funding is expected to help create or secure up to 10,000 jobs while cutting CO2 emissions by almost 60 million tonnes. The Department for Business, Energy and Industrial Strategy (BEIS) said the investment would also boost the automotive sector’s recovery from the coronavirus pandemic, with firms benefitting from funding including car giants Ford, BMW, Jaguar, Land Rover, and the London Electric Vehicle Company (LEVC). The awards follow a report by the APC earlier this week which estimated the UK’s electric vehicle sector and associated supply chains could deliver a £24 billion boost to the economy within the next five years. (Business Green)