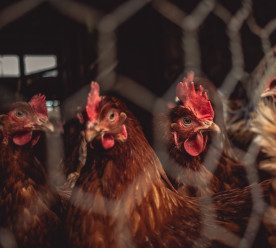 Nature restoration can generate 25,000 jobs in aftermath of Covid-19

Nature recovery projects could create 10,000 new jobs in the UK according to conservationists urging the UK government to make nature restoration a key pillar of its forthcoming economic recovery package. Environmental coalition Wildlife and Countryside Link presented a list of 330 “ready-to-go” nature recovery projects to the Treasury as contenders for financial support, arguing that the package could create around 10,000 jobs within months. The organisation claimed support for such projects would propel the country closer to a number of its environmental goals, tackling biodiversity loss and the climate crisis, while also addressing rising unemployment. It remains to be seen what will be included in the government’s recovery package. Reports have suggested that Ministers are looking to create thousands of green jobs in carbon capture and storage (CCUS), hydrogen, active transport, electric vehicle charging infrastructure, and building efficiency programmes. (Business Green)

Investing giant BlackRock has announced disapproval for car manufacturer AB Volvo’s slow action on climate change. The world’s largest asset manager voted last week to oust the chief of the Swedish manufacturing giant, Carl-Henric Svanberg, citing his role in the company’s perceived failure to adequately disclose its climate risks. In a document setting out its position ahead of the AB Volvo vote last Thursday, BlackRock said the company’s climate-related risk disclosures did not “meet our expectations of a company exposed to significant material climate risks”. “Volvo acknowledges the impact of climate change on its business and has set energy efficiency and greenhouse gas emissions reduction targets to 2020,” BlackRock argued. “However, there is limited disclosure beyond this in its public reporting, and no detail on oversight or its strategy to mitigate the impact of climate risk on its business.” BlackRock’s moves to challenge Svanberg come after the firm’s chief executive Larry Fink promised to take a much harder line on climate risk. (Business Green)

Women in China are losing out in the workforce, report says

Growing gender inequality in China’s labour market could become a burden on the economy according to a report by thinktank Peterson Institute for International Economics (PIIE). The report claims China’s rise as a global economic power over the last few decades has put women at a disadvantage and worsened gender inequality in its workforce. Comparisons were made in the study by looking at data of male and female labour force participation rates by the International Labour Organization (ILO). A series of economic reforms since 1978 kicked off decades of rapid economic growth in China, but they also gave firms more chances to discriminate against women in the workplace. At the same time, in recent years a decline in state-supported childcare facilities forced many women to stay home to take care of their children, according to the PIIE report. China’s widening gender gap in the labour market — if it persists — could become a greater burden on the economy at a time when growth is already slowing down. (CNBC)

Consulting firm Global Food Partners has committed to collaboration with a Dutch university to promote cage-free egg production in Asia. Responding to consumers who want better animal welfare standards for the hens, food companies such as retailer Tesco have pledged to sell or use cage-free eggs in recent years. To ramp up the knowledge and skills needed to roll out cage-free systems in Asia, Global Food Partners and Aeres University of Applied Sciences in the Netherlands have teamed up to establish a training centre in Indonesia for Asian egg farmers. Their goal is to set up a model farm at an Indonesian university or vocational training centre to train students as well as employees of egg producers to operate a cage-free system. Producers need long-term commitments from corporate buyers to switch production systems. Retailers and food brands, on the other hand, need to be assured of a constant supply of cage-free eggs. Jayasimha Nuggehalli, chief operating officer at Global Food Partners claims that coronavirus could be an opportunity for the new system to be adopted. (Eco-Business)

Poor communities in Asia get only a ‘very thin trickle’ of economic help during coronavirus crisis, says UN

Low-income countries in Asia are not spending enough to support their populations during the coronavirus pandemic, according to a paper from the United Nations Development Programme. The UN found that the G-7 group of advanced countries are spending an average of 5.6% of their GDP to rescue their economies, while poorer countries in Asia have announced fiscal packages ranging between 0.02% to 0.8% of GDP. Although India set aside a large stimulus, only the equivalent of 0.8% of GDP is going to those who are vulnerable. The amounts are “too small” and are “not up to the task of countering the devastating effect on the well-being of vulnerable members of the population. “We’re finding it’s a very thin trickle to the most vulnerable communities that have very little and have lost their jobs,” said Kanni Wignaraja, director of UNDP’s regional bureau for Asia and the Pacific. A minimum income would be helpful on a short-term basis as a “temporary bridge” over the next six to nine months, Wignaraja said. (CNBC)

Image source: brown and red rooster in cage by Will Kirk on Unspalsh