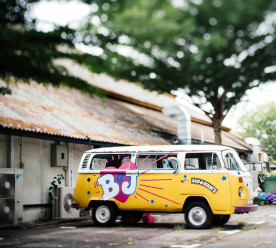 American ice-cream company Ben and Jerry’s has joined a group of firms acting against racist and hateful content on social media platform Facebook. As part of the Stop Hate For Profit campaign, Ben and Jerry’s tweeted that it “will pause all paid advertising on Facebook and Instagram in the US”. Earlier this week outdoor brands The North Face, Patagonia and REI joined the campaign. Ben and Jerry’s said it is standing with the campaign and “all those calling for Facebook to take stronger action to stop its platforms from being used to divide our nation, suppress voters, foment and fan the flames of racism and violence, and undermine our democracy.” After George Floyd’s death in police custody, Ben and Jerry’s chief executive Matthew McCarthy said “business should be held accountable” as he set out plans to increase diversity. The Stop Hate for Profit campaign was launched last week by advocacy groups, including the Anti-Defamation League, the National Association for the Advancement of Colored People, and the Color Of Change. (BBC)

A UN study has found out that only 39 percent business representatives believe their firms are able to meet the Sustainable Development Goals (SDGs) by 2030. Conducted by the UN Global Compact (UNGC) in partnership with Norwegian registrar DNV GL, the survey asked representatives from the sustainability teams of 615 businesses what their organisations were doing to drive progress towards achieving the SDGs. All respondents hailed from organisations which are members of the Compact, meaning they had already voiced their support for the SDGs. Less than one-third said their sector is moving rapidly enough to deliver adequate progress against the Goals. Despite an uptick in SDGs being mentioned in sustainability strategies and reporting, the study identified a marked gap between talk and action. Less than half of respondents  said that considerations around the SDGs were embedded across all business departments and in key strategic decisions. The UNGC argued that while many businesses may feel that social and economic fallout of the Covid-19 crisis will hamper their sustainable development progress, they must increase their ambition. (Edie)

UN Women, the United Nations entity working for gender equality, and a number of tech giants have partnered in an effort to provide life-saving information to survivors of domestic abuse during coronavirus lockdown. This comes after recent data from multiple countries had shown a spike in reporting of domestic violence through helplines since COVID-19 lockdowns started. Google, Twitter and Facebook have all worked with UN Women in the initiative to provide important information about helpline services for domestic violence survivors. Google has provided Ad Grants valued up to USD 1 million to UN Women through the “Ad Grants Crisis Relief Program” to promote content on COVID-19 and gender equality in 2020, including resources on ending violence against women. Google has also linked to UN Women’s main section on the issue through its COVID-19 information hub. In Asia Pacific, where 2 out of 3 women reported experiences of violence even before COVID-19 lockdowns started, a partnership with Twitter is providing helpline numbers for accelerated support. (UN Women)

A new study has found that European and Chinese demand for Brazilian soy has significantly increased deforestation. The study, published in the journal Global Environmental Change, found that countries and companies in the European Union and China importing soy from Brazil have driven deforestation there, causing a marked increase in greenhouse gas emissions. China was the largest importer of Brazilian soy during the study period which ran from 2010 to 2015, and responsible for 51 percent of associated carbon dioxide emissions, while the European Union was responsible for 30 percent. While deforestation in the Amazon rainforest has garnered global attention, a new wave of precipitous native vegetation loss is being seen in the Cerrado, Brazil’s avanna biome. Yet, studies have shown that Brazil has plenty of degraded land to meet global commodity demands, without causing any new deforestation. Worryingly, total greenhouse gas emissions from Brazilian soy exports were estimated at 223 million metric tonnes of carbon dioxide. (Eco-Business)

Large UK businesses can now access new tools aimed at helping them tackle air pollution provided by Business for Clean Air (B4CA), a campaign coordinated by environmental charity Global Action Plan and backed by businesses including Canary Wharf Group, Uber and Philips, alongside the Department for Environment, Food and Rural Affairs (Defra). It contains free guidance on setting standards and targets on clean air, producing roadmaps for meeting these aims and collaborating with other businesses and government officials for the shift to a cleaner air society. Specific areas covered include promoting active commutes; investing in low-pollution or zero-emission delivery models; normalising flexible working; helping local communities to reduce air pollution and improving air quality inside the workplace. The UK’s recovery plan is due out before the end of June and is expected to contain specific supports for electric vehicle (EV) manufacturing and charging, but green groups and businesses have put forward numerous calls for additional provision around walking, cycling, public transport and nature restoration. (Edie)