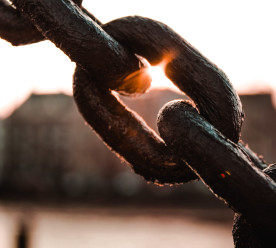 Norway’s $1 trillion wealth fund could blacklist more companies from its investments, including those that make machine-controlled weapons, if proposals to modify its mandate are adopted, the head of a government-appointed commission said. The fund should have a wider definition of corruption and of human rights abuses when considering whether to exclude a company from its investments on those grounds, the group said. It should also stop investing in firms that manufacture lethal autonomous weapons, a new type of weaponry often nicknamed “killer robots”, because the machine, rather than a person, decides whether to fire on a target. The proposals will be sent for hearing, with the government planning its own proposals for next spring. The fund does not invest in companies that produce tobacco and nuclear weapons or cause severe environmental damage, among other things. As the fund holds about 1.5% of globally listed shares, its decisions are closely watched and often followed by other investors. (Reuters)

A coalition of business groups, technology firms, and universities have today called on the UK government to back plans for a £100 million ‘International Centre for AI, Energy and Climate’. In a letter sent to Prime Minister Boris Johnson, the campaigners argued that the “case for UK leadership on AI for climate has never been clearer”. They urge the government to place the development of AI and data science technologies that address climate and energy challenges at the heart of its forthcoming green recovery plans. The proposed centre – which would require “an initial £100 million funding package” – could support the transition to a net zero economy and improve the competitiveness of the UK’s AI sector, while establishing the country as a global leader in data science and AI that accelerates action on climate change ahead of the COP26 climate conference, the group said. The signatories include industry groups techUK and Energy UK, as well as leading corporates such as IBM, Arup, and Ovo Energy. (Business Green)

BNP Paribas Asset Management, the Church of England Pensions Board, and Swedish pension fund AP7 have teamed up with specialist advisory firm Chronos Sustainability to develop a framework to help guide responsible corporate climate change lobbying activity. The partners intend to launch a tool by the close of this year, which would allow investors to assess whether companies’ direct and indirect lobbying efforts support or hinder the goals of the Paris Agreement. A research project launched today will look at the ways that companies and their proxies, such as trade associations, exert influence on climate policy. It aims to better define how these activities should be managed and overseen by companies. Corporate lobbying on climate-related policies remains a highly contentious topic, with some carbon intensive firms accused of nominally supporting the Paris Agreement while funding trade bodies that then lobby against emission reduction efforts. (Business Green)

Retail multinational Ikea has said it is planning to repay salaries paid by governments around the world under furlough schemes. It is set to repay nine governments, including the US and Ireland. However, it does not include the UK as although the furniture chain furloughed 10,000 UK workers it did not claim back their salaries from the government. Other firms are also refunding furlough pay, with Games Workshop and the Spectator magazine both saying they will repay the UK government. Governments across the globe have set up schemes to pay workers who could not do their jobs because of the lockdowns that were designed to control the spread of coronavirus. Now that stores are re-opening, it says it does not plan to take any more government money from the countries where it had availed itself of government support. The countries in which it received support are Belgium, Croatia, the Czech Republic, Ireland, Portugal, Romania, Serbia, Spain and the US, the Financial Times reported. (BBC)

The coronavirus pandemic has put millions of children at risk of being pushed into underage labour, reversing two decades of work to combat the practice and potentially marking the first rise in child labour since 2000, the United Nations has warned. As the pandemic pummels the global economy, pushing millions of people into poverty, families may be under pressure to put their children to work for survival, the UN said, marking the World Day Against Child Labor. Due to global shutdowns, the world economy is forecast to shrink 3.2 percent this year, according to a Reuters poll of more than 250 economists. The number of child labourers worldwide has dropped significantly to 152 million children from 246 million in 2000, according to the International Labour Organization. To prevent a rise in exploitation, the UN called upon governments to integrate child labour concerns into broader pieces of legislation, including policy on education, labour markets and human rights protections. (Eco-Business)