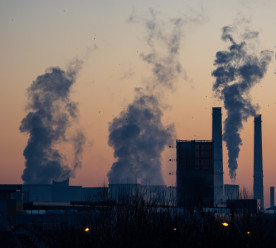 The cleaner air being breathed as a result of lockdown is likely to deteriorate over the coming weeks as road traffic is expected to surge as measures ease. Many countries which have eased restrictions enforced at the height of the coronavirus pandemic have since seen numbers of vehicles on the roads soar to record levels. As many shops and workplaces open for the first time in the UK since 23 March, pollution levels are expected to climb, and the number of road accidents is likely to rise. In China, as restrictions have eased and travel and industry resumed, air pollution is now overtaking the levels prior to the pandemic. In Wuhan, where the outbreak began, car use is now hit levels higher than before the pandemic, and the same is true of Stockholm in Sweden. The result of authorities warning against people crowding onto public transport is that commuters who may usually have opted for public transport may use personal cars more, experts have suggested. (Independent)

Women across Switzerland have conducted a ‘mass scream’ during a national protest demanding equal treatment and an end to violence at the hands of men. Last year half a million people marched to highlight the nation’s poor record on women’s rights. Switzerland has a high quality of life but lags other developed economies in women’s pay and workplace equality. Women earn roughly a fifth less than men, better than 30 years ago when it was about a third less, but worse than in 2000, according to government data. Thousands of marchers in Geneva and other Swiss cities screamed for a minute at 3.24pm – the time of day when women technically start working free given the wage gap. They also staged a flash mob and held a minute’s silence for women killed by husbands or boyfriends. Demonstrators decried violence against women and the LGBT community and called for recognition of often unpaid work caring for family and relatives. (The Guardian)

The U.S. Supreme Court has ruled that a landmark civil rights law protects gay and transgender workers from workplace discrimination, handing the movement for LGBTQ equality a stunning victory. “An employer who fires an individual merely for being gay or transgender defies the law,” Justice Neil Gorsuch wrote for the majority in the 6-3 ruling. That opinion and two dissents, spanning 168 pages, touched on a host of flashpoints in the culture wars involving the LGBTQ community — bathrooms, locker rooms, sports, pronouns, and religious objections to same-sex marriage. The decision, the first major case on transgender rights, came amid widespread demonstrations, some protesting violence aimed at transgender people of colour. For three decades, Massachusetts has had similar protections for LGBTQ workers, joining several other states. But until Monday’s decision, it was legal in more than half the states to fire workers for being gay, bisexual, or transgender. The vastly consequential decision thus extended workplace protections to millions of people across the nation, continuing a series of Supreme Court victories for gay rights. (MSN)

Investment bank Goldman Sachs has announced it will commit an additional $250 million to fund the Small Business Administration’s Paycheck Protection Program (“PPP”) loans through Community Development Financial Institutions (“CDFIs”) and other mission-driven lenders. The firm is also launching partnerships with the National Urban League and the U.S. Hispanic Chamber of Commerce to ensure that both capital and information reach minority-owned businesses. The National Urban League is a historic civil rights organization dedicated to economic empowerment in order to elevate the standard of living in historically underserved urban communities whilst the USHCC actively promotes the economic growth, development and interests of more than 4.37 million Hispanic-owned businesses that, combined, contribute over $700 billion to the American economy every year. These organizations, two of the 10,000 Small Businesses program’s earliest partners, are well-positioned to provide technical support to those minority business owners applying for PPP loans, while ensuring they reach traditionally underserved communities. (WebWire)

Health and beauty giant Natura & Co – the parent firm of brands including The Body Shop and Avon – has unveiled a new package of sustainability commitments, headlined by a pledge to reach net-zero emissions within a decade. Under the plan, entitled ‘Commitment to Life’, Natura & Co and its brands will seek approval for 1.5C-aligned science-based emissions reduction targets covering both operations and supply chains. Before setting the 2030 deadline, Natura & Co had notably joined the UN Global Compact’s ‘Business Ambition for 1.5C: Our Only Future’ campaign as a founder member. In order to deliver against targets relating to Scope 3 (indirect) emissions, Natura & Co will roll out measures to track emissions throughout its entire value chain. This is significant, given that CDP estimates that the average firm’s supply chain emissions are five-and-a-half times greater than that of their operations. Emissions from all stages, from the extraction of raw ingredients to the disposal of packaging, will be considered, Natura & Co said in a statement. (edie)